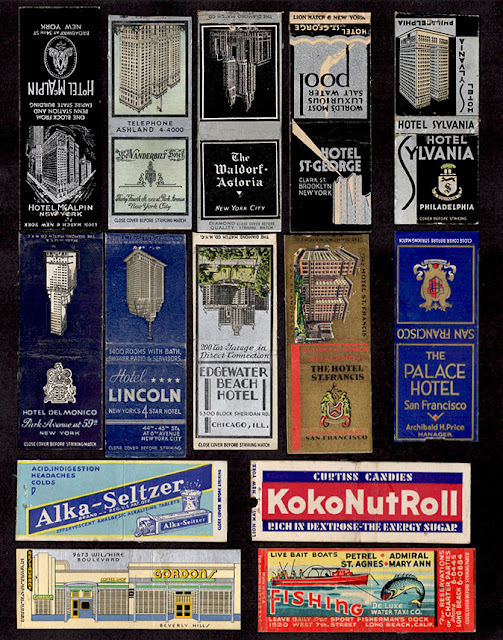 Along with postage stamps these humble artefacts are examples of micro-graphics – design for small surfaces. Unlike stamps, that benefit from high quality printing, in the interests of economy matchbooks were printed at the lowest resolution possible on the cheapest available card. They can often appear exceptionally crude but that doesn’t always detract from their appeal and can even be an enhancement. Design standards were not especially high – the most successful kept it simple and grabbed attention with typographic vigour. The least successful were those that over complicated matters by employing images that simply failed to reproduce on a small scale or those that tried to include too much information. Visual refinement was in short supply and almost exclusively confined to hotel promotions. 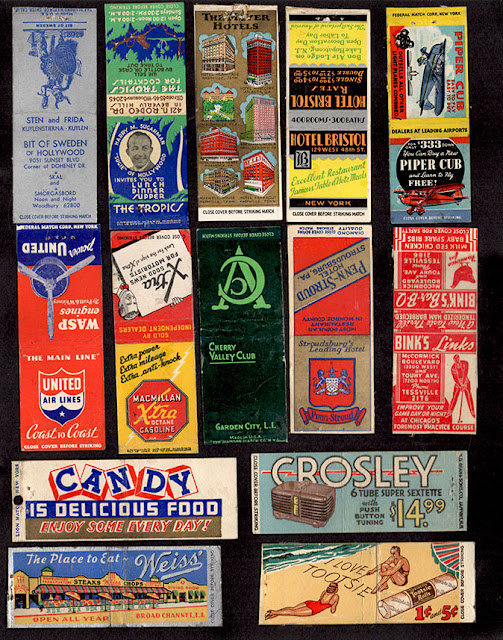 In the US they were given away, free of charge in drugstores and tobacconists, restaurants and bars with the costs being covered by their publicity value. They weren’t without their hazards. Despite the injunction to “Close Cover Before Striking” not everybody did, with predictable results but even a cautious user could get burnt. The combination of floppy card matches and a deteriorating friction strip could induce the user to grip the match ever closer to the tip and end up with an incinerated fingernail. In Hollywood movies the use of matchbooks was a useful indicator of dubious moral character or economic deprivation – anyone with an ounce of self-respect would be using at least a Ronson or a Zippo. These are all taken from an album I bought about 30 years ago that was rediscovered when I went in search of the Wrigley’s items to illustrate the post on “Dorothy and Otis”. 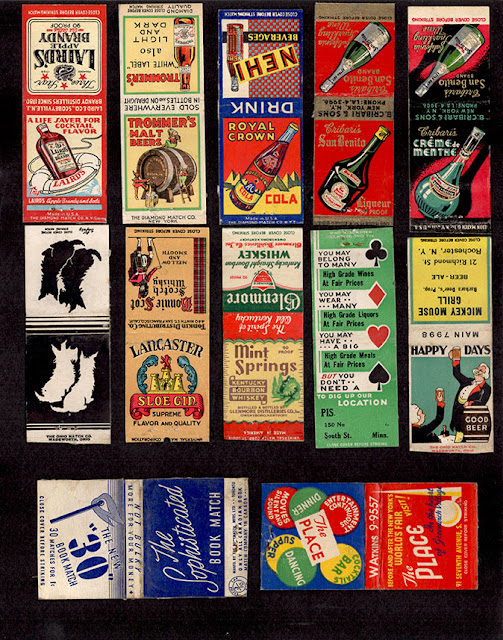 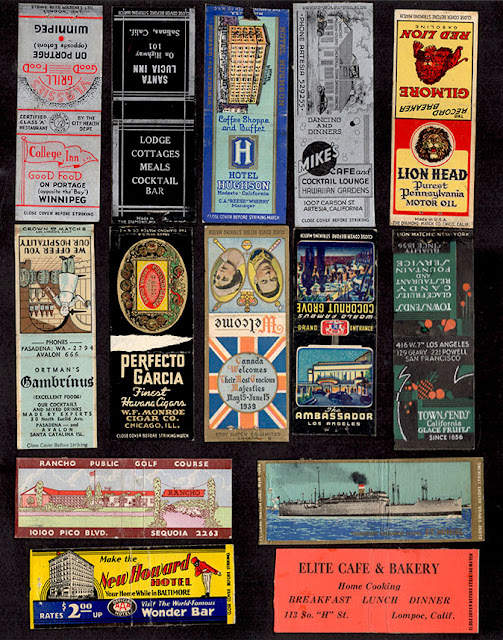 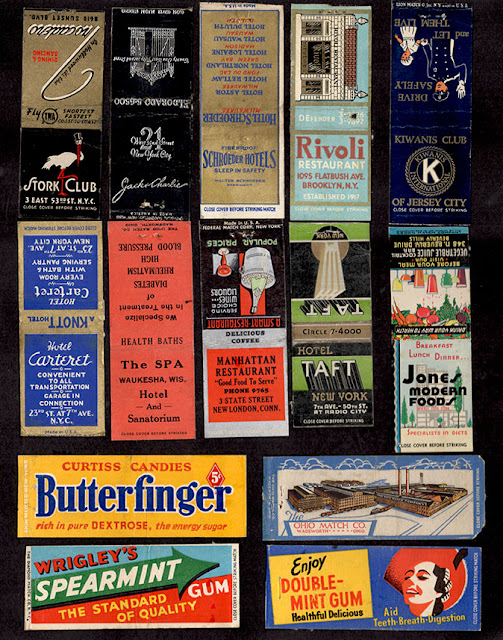 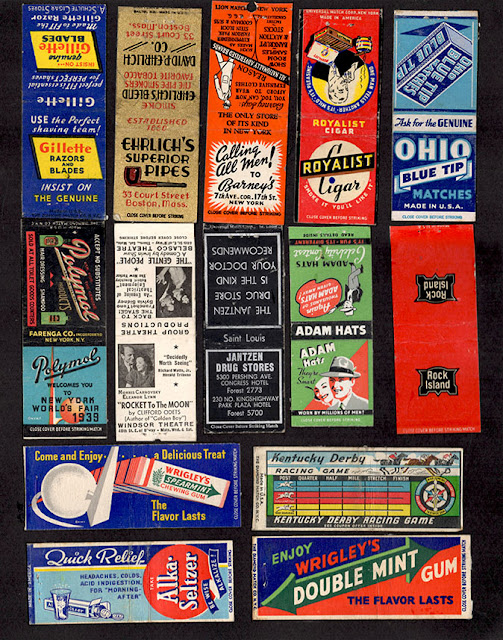 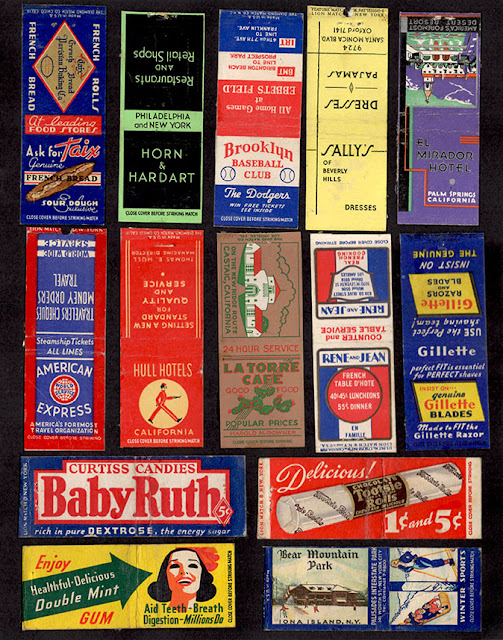 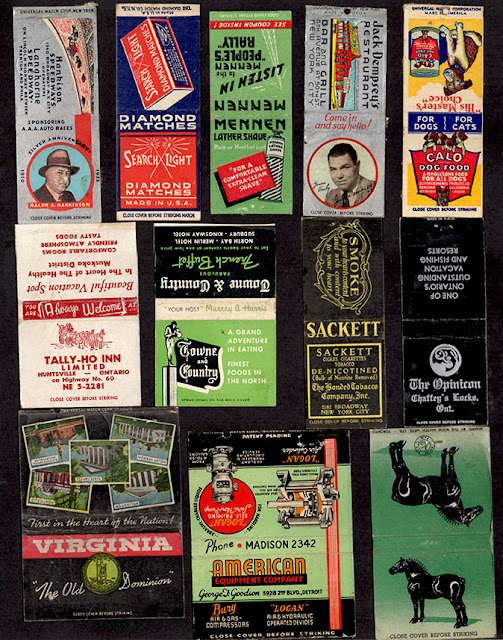 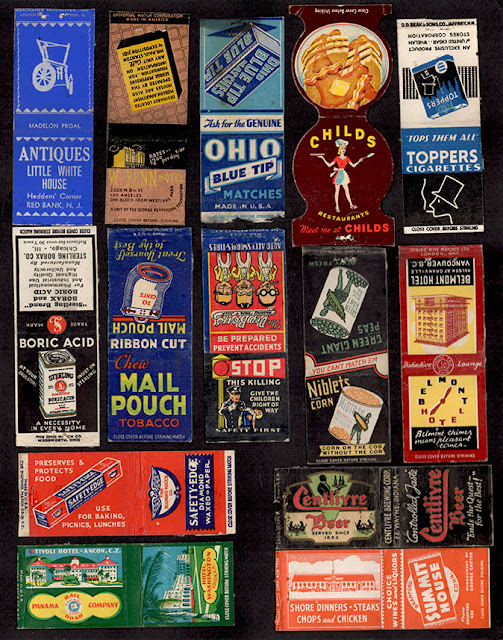 Wonderful selection Phil. More recent ones can be found on Past Print:
http://westread.blogspot.co.uk/2013/08/some-matchbooks-from-early-sixties.html