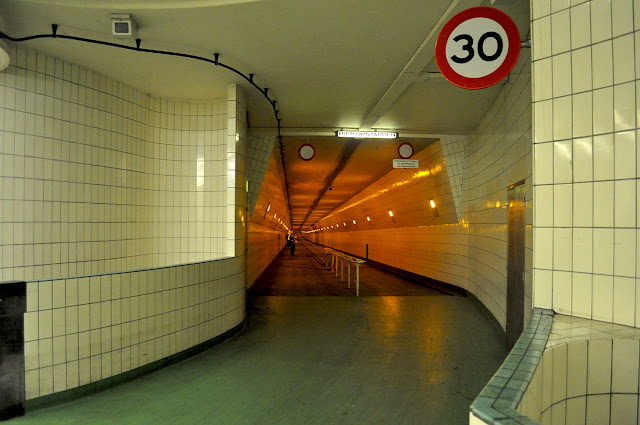 It seemed like the perfect entertainment for a rainy morning in Rotterdam – a ride on a 44 bus southbound through the Maastunnel followed by a northbound stroll through the pedestrian tunnel. The miscalculation arose in not appreciating just how far the 44 bus travels before the first stop after the tunnel exit. The result was an interminable footslog alongside a frenetic dual carriageway on a footway that simply ceased to exist in several places. A waste incinerator, a graveyard for ancient rusting shipping containers and a scrapyard were the best of the diversions enroute. The cycle and pedestrian tunnels share an entrance in the depths of the ventilation tower. Access is via elderly elevators where local cyclists demonstrate their expertise in handling their machines on a moving staircase. Then a short winding staircase leads to the pedestrian tunnel below. 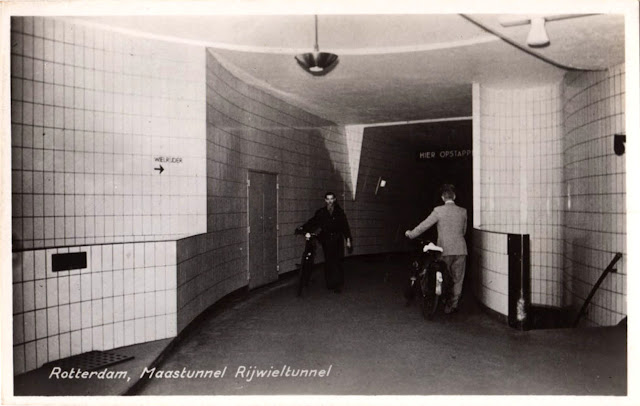 Tunnels are a lifelong source of fascination and back in 2012 I posted here on the subject of tunnel walking along the Monsal Trail in Derbyshire. The dislocating sense of being in an unauthorised or artificially created space is not unpleasurable. Even on train journeys there’s a childlike satisfaction to be had from the sense of passing through a completely alien geology in a protective space. Especially when travelling through the Alps or under the Channel. Walking through the Maastunnel was a solitary experience – I was halfway before meeting the only other traveller. An elderly chap pushing a supermarket trolley laden with paint tins and DIY stuff that he must have somehow manoeuvred successively down an escalator and a winding staircase. The exit on the north bank is again underneath a ventilation tower – opposite is an undistinguished café/bar and an entrance to a public park. It was still raining. 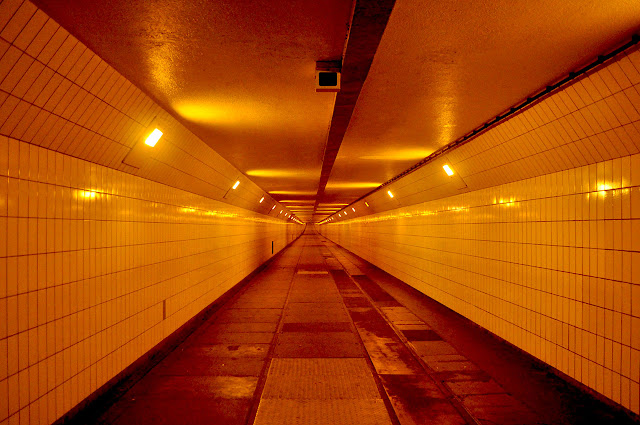 Work on the Maastunnel began in 1937 – it was to be the first vehicle tunnel in the Netherlands when completed in 1942. It was built by submerging prefabricated tunnel sections into trenches in the riverbed. By the time it opened the city was under Nazi occupation and there was no official opening ceremony. The austere institutional tiled finish and absence of decoration is typical of a wartime economy. In 1944 the German authorities primed the tunnel with high explosives so they could destroy it as a parting gift but happily they failed to do so. The tunnel remains a vital traffic artery and is well used by cyclists if not by pedestrians. 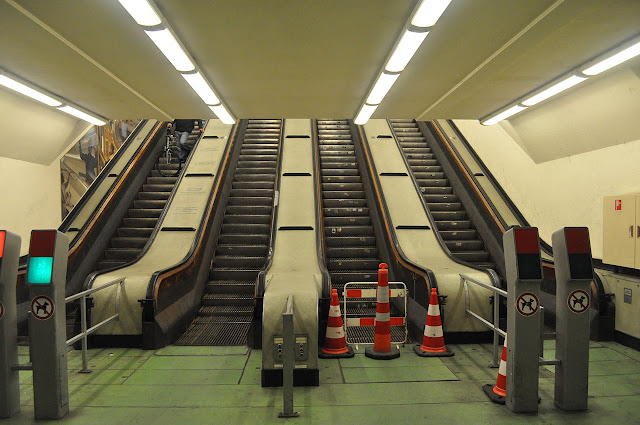 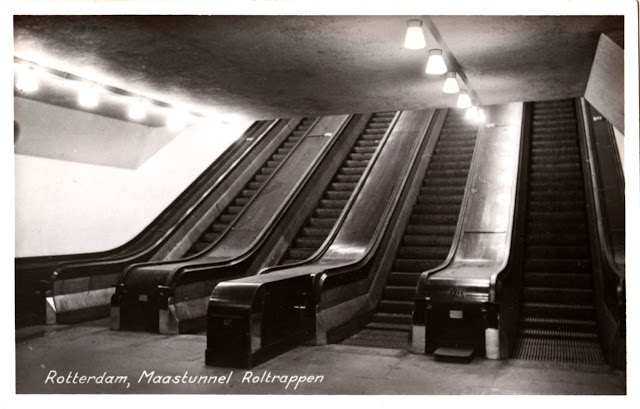 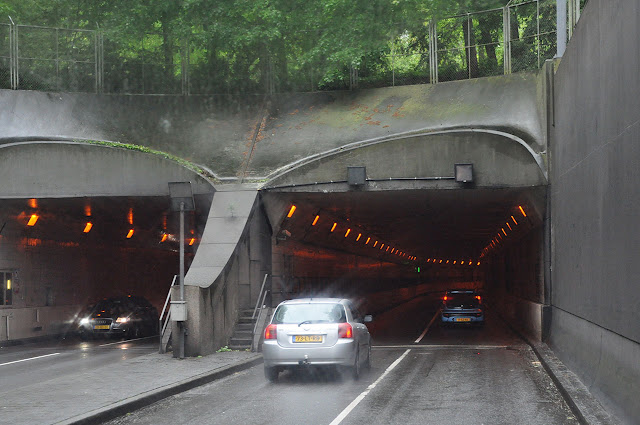 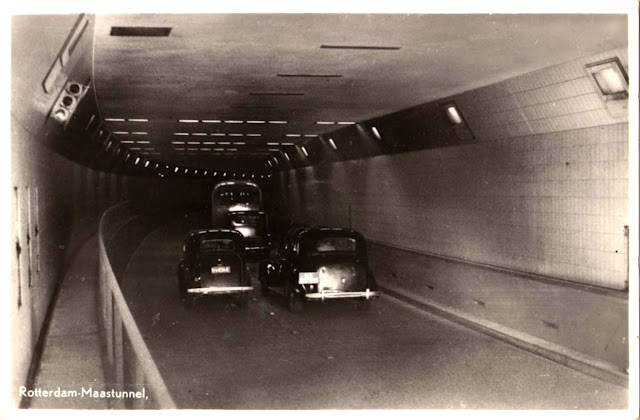 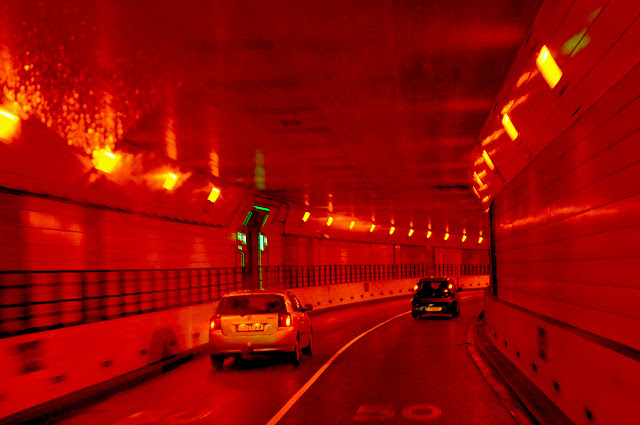 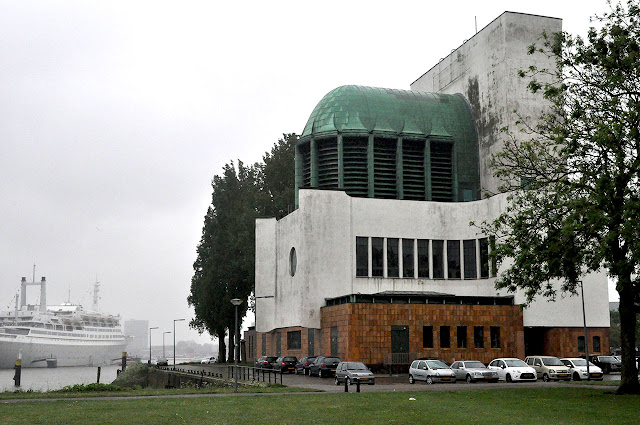