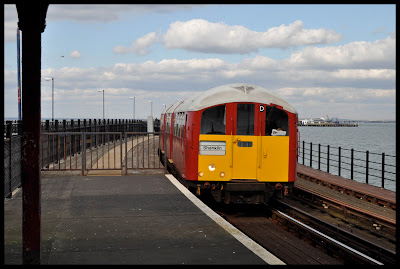 The formerly extensive railway network on the Isle of Wight has for more than four decades been reduced to a single vestigial branch of 8.5 miles, connecting Shanklin on the east coast to Ryde Pier from where passenger ferries run to Portsmouth. The pier is a great survivor. It’s still possible to drive along its 680 metre length and park at the end. Trains formed from ex-London Underground 1938 tube stock make the trip every 40 minutes or so and convey a steady stream of voyagers to and from the island. Ryde Esplanade is where the traveller meets the mainland with the options of onward travel by bus, train or on foot. Between the station platforms and the sea is a concrete apron on to which a surpassingly ugly hovercraft noisily slithers at the end of its ocean voyage from Southsea. 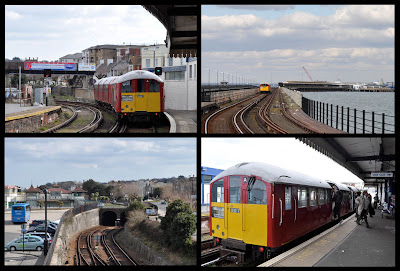 After the exhilaration of the trip along the pier the train plunges into a short tunnel to the east of Ryde Esplanade. The height of this tunnel is 10 inches lower than standard height and is the reason why these ancient refugees from London’s deep tubes have had their working lives extended to more than seven decades. Ryde Pier is formed from three piers running in parallel. The original timber pier was opened in 1814, making it the oldest in Britain. In 1864 a tramway pier (out of use since 1969) opened alongside the original and the railway pier was completed in 1880. Anyone attracted to the lonesome quality of melancholy that attaches to slightly remote and unmodernised transport terminals should treat themselves to a trip to Ryde. 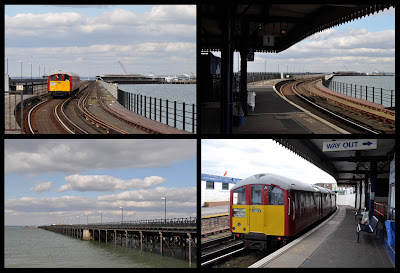