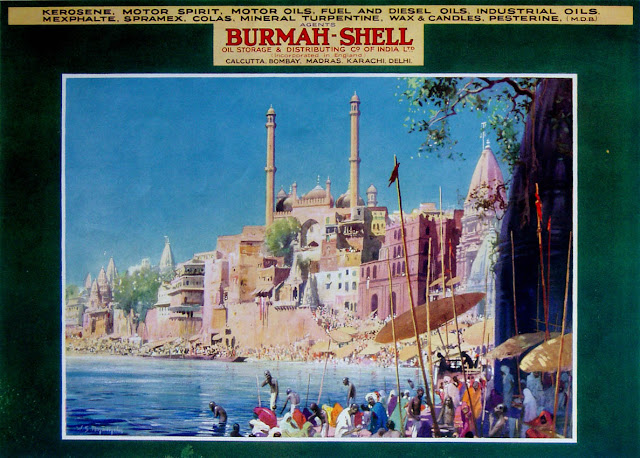 William Spencer Bagdatopoulos (WSB) is the unsung hero of early Indian advertising illustration. In his hands, the familiar stodgy universe of home and colonial consumerism was transformed into vibrantly hued oriental exotica. The editorial pages of the Times of India Annual regularly featured his work in the 1930s of which the image of the Ganges he produced for Burmah-Shell to publicise a distinctly toxic sounding range of products, was typical. Commercial assignments inspired him to employ local colour in the form of harems, Hindu Gods and processions of gilded elephants to scatter lustre on some fairly mundane products. The magazine extract is from Commercial Art, May 1929 and shows three examples of calendars designed by WSB, sadly in monochrome only. The text is predictably pompous and patronising and tells us nothing about the artist. Hopefully, more examples of his visually sumptuous work will come to light in future. 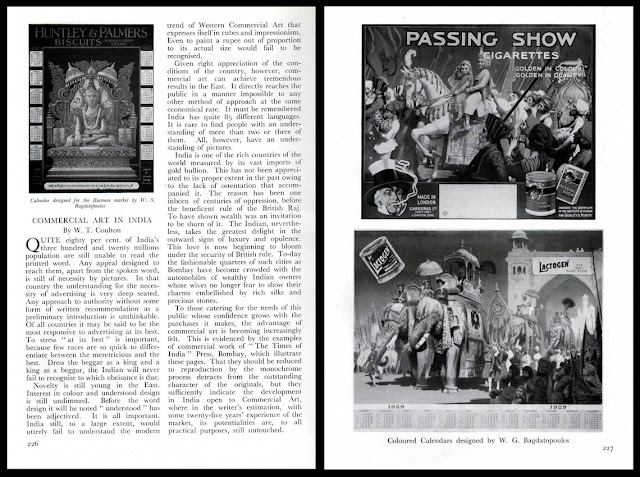 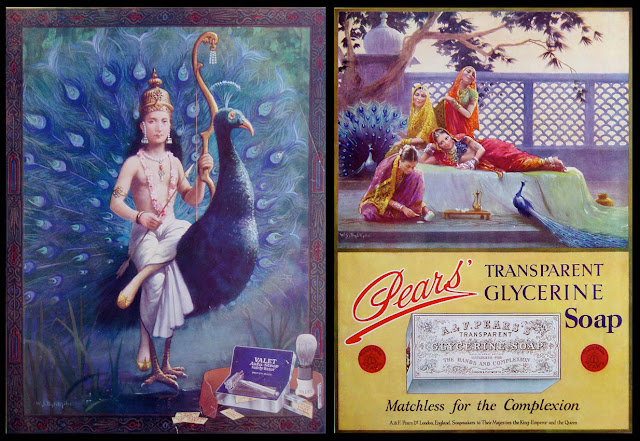 Thank you so much for sharing this info about WSB. I came across some of his color illustrations in an old scrapbook from the 1930s. They are fabulous but his signature on the paintings is all but unreadable and I could track down nothing on the artist. After a bit of Googling I found your succinct but enlightening WSB page.

PS - On the list of your personal ingredients to the right you modestly left out "genius". (-:

Hello I am Siraj Khan. I have 8 paintings attached in an anual times of india 1936 edition with his signatures. Conatct me at sirajkhan0509@gmail.com

I am writing a book on this artist. I would like any images or information on William Spencer Bagdatopoulos (1888-1965). pellis.3@att.net