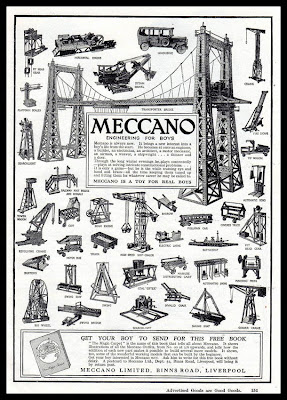 I was never convinced by Meccano. As a modelling material it seemed crude and inflexible especially when applied to the task of modelling vehicles. The results obtained by clamping together assorted perforated metal rods looked very feeble when compared with the developing trend towards detailed realism in the production of die-cast toys. And there was always the suspicion that Meccano was basically an educational material and therefore to be resisted on principle. It has to be conceded that it’s the ideal medium in which to model a Manure Distribution Cart, if such an idea appeals. And the same goes for a Transporter Bridge if you’re on the lookout for an unusual table decoration with the added value of safe conveyance of salt and pepper. 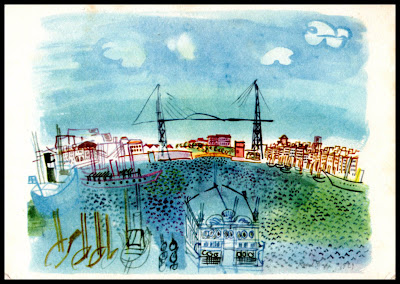 The conventional view of Raoul Dufy was that he was a lightweight when compared with fellow Fauve, the saintly Matisse. His oeuvre was seen as a steady decline from the robust brilliance of his Fauve paintings to become Court Painter to the world of Haute Couture with a queasy combination of ingratiating colour and a slick, calligraphic drawing style. I began to revalue his work when I viewed his wonderfully inventive textile designs and his mastery of the woodcut in his illustrated edition of Apollinaire’s Bestiaire. There’s also the Black Freighter – the image of a hard-edged black hulk that intrudes on the horizon of Dufy’s most intensely hedonistic visions of the Côte d’Azur and strikes a single sombre note as an untimely reminder of human mortality. In this example, Dufy’s brush deftly reduces the mighty engineering of le Transbordeur de Marseille to a cluster of lines applied with rapid touches. This wasn’t the only occasion on which Dufy took up some less refined subject matter. For the 1937 Exposition Universelle he painted a gigantic (33 by 200ft) mural, La Fée Électricité that was displayed in the Pavillon de l’Électricité. The result was a stunning symphonic celebration of the role of electricity in the modern world that can still be seen at the Musée d’Art Moderne de la Ville de Paris. 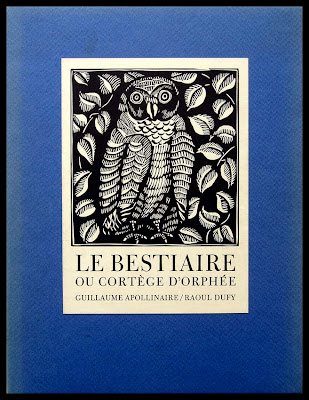