Unconcerned but not indifferent 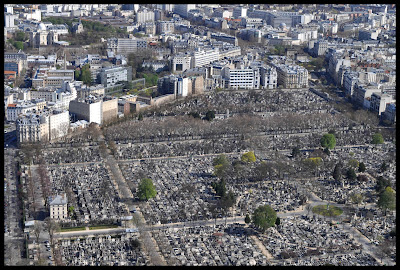 A trip to a Parisian cemetery is not to be missed. Memorials to bygone celebrities, literary heroes, artists and philosophes rest side by side with generals and admirals and leaders of business and finance. Montparnasse is the Manhattan of cemeteries – none of the winding paths that follow the undulating topography at Père Lachaise – all is laid out on a grid on a site that could not be more flat. A plateau of morbidity in marble. 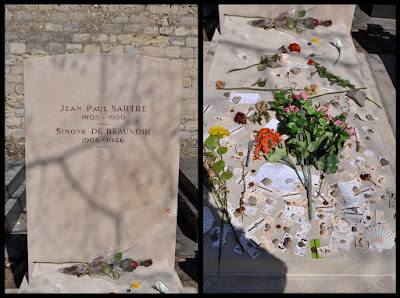 Sartre and de Beauvoir occupy a prime position just inside the entrance, against the perimeter wall. Over the wall is Boulevard Edgar Quinet which, conveniently, is where Sartre lived in his last decade. So he would have had no need of the Métro tickets scattered by pilgrims over the marble slab. There are also flowers, hand-written tributes in a variety of languages and a scallop shell. The Métro ticket offerings have no obvious symbolism beyond an act of witness. 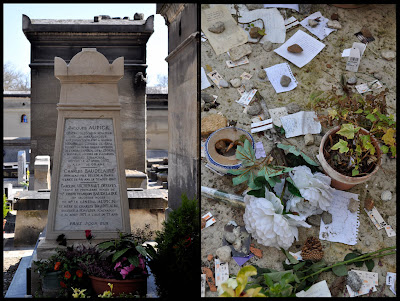 Elsewhere, the pre-eminent flâneur, Baudelaire reached his final destination in the family tomb of his step-father, Jacques Aupick, military man and faithful servant of the state. Baudelaire too gets his fair share of tribute in the form of recycled paper products. 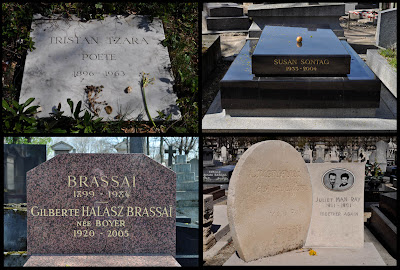 The memorial to Tristan Tzara displays the sort of restraint not normally associated with Dadaism. A simple inscription on a slab laid on the earth surrounded by plant life. Brassaï and Man Ray each re-imagined Parisian life in their photographs – now they are near neighbours in Montparnasse. Man Ray’s epitaph, Unconcerned but not indifferent strikes a defiantly nonchalant note. And Susan Sontag gets an apple for the teacher. 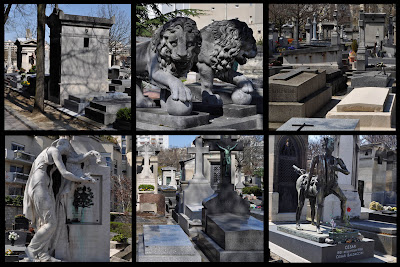