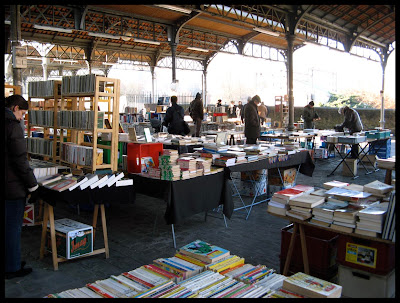 Paris’s weekly book market is to be found on Saturdays and Sundays at the southern fringe of the 15th. in the former horse market in rue Brancion. The old horse market was part of the Vaugirard abattoir that occupied the site until the late 1970s and was later replaced by the Parc Georges-Brassens. Access is by Métro to Porte de Vanves (line 13) or Convention (line 11) but the best approach is via the 89 bus or the T3 tram. 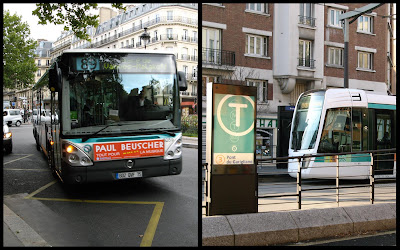 Having echoed to the sound of a million hoof beats, the space resonates with the sound of the international language of bookdealers, complaining about the lack of business. The stock on display is remarkably similar to what you see this side of the Channel. Books for collectors take pride of place with books for readers a long way behind. Even the customers look similar, mostly male, mostly solitary with the same propensity to mumble to themselves as they browse. In time-honoured fashion, about half the stalls are unattended. 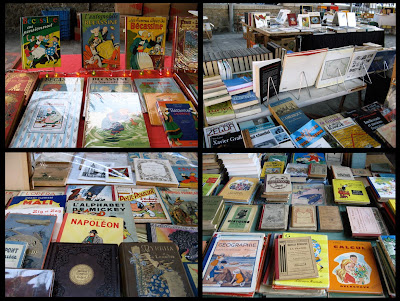 Parc Georges-Brassens was created in the 1980s on the blood soaked site of the slaughterhouse. It contains a lake, a small vineyard, a theatre and play areas. The original clock tower and main entrance flanked by bronze bulls were preserved as reminders of the past. The 15th. is the most densely populated arrondissement with very little open space so the park is well used by locals. In the south west corner the rusting tracks of la Petite Ceinture emerge from a tunnel and pass underneath rue Brancion. Undisturbed by passing trains for decades, it rests and gently decays in melancholic silence. 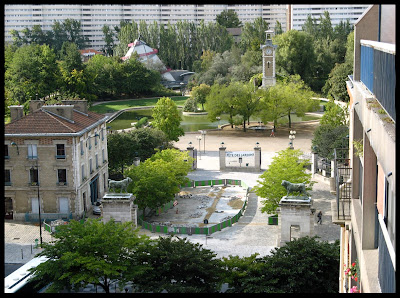