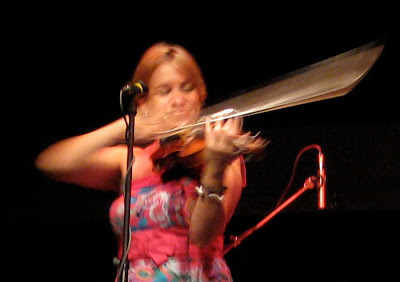 We set the compass for the Plough, packed our dancing shoes and took to the road. The ancient and compact town of Torrington in North Devon was an unlikely venue for Austin, Texas quartet The Hot Club of Cowtown to display their mastery of Western Swing and Hot Jazz with some cocktail lounge standards on the side. This was the last but one engagement in a four week UK tour and they could be forgiven if a little fatigue set in but the energy levels and enthusiasm showed no sign of dipping. The musicianship was superb and the fiddle and upright bass in particular were slapped, bowed, plucked and picked with terminal velocity. Guitar and drums were unobtrusive but played a vital role in knitting it all together. Bob Wills and Johnny Gimble both got name-checks and were honoured by pulsating versions of Sally Goodin, Bubbles In My Beer and Ida Red. The band showed an impressive ability to switch with speed from playing music for lounge lizards and sophisticates to music for oil riggers and cowhands. Other highlights included Dev’lish Mary and Jack Guthrie’s Oklahoma Hills. If the magic of Western Swing eludes you, the book to read is Lone Star Swing: On the Trail of Bob Wills and His Texas Playboys by Duncan McLean. 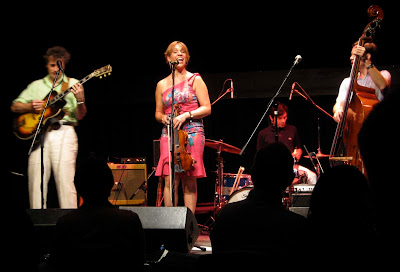 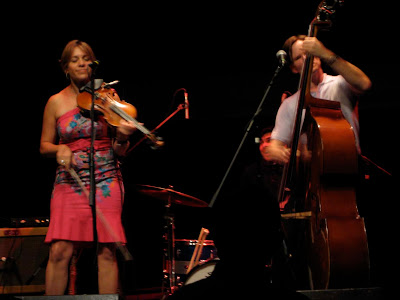 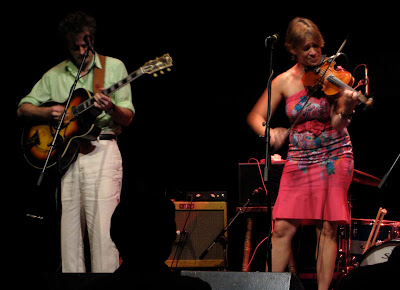 Phil -- Your blog is fantastic! I'm not sure how I got to it initially, but I landed on a really odd postcard of the Boston subway. Wow. And then,somehow, I got here, to a Hot Club of Cowtown post. Lone Star Swing in a GREAT book, and -- as a former bookseller and lover of Western Swing (or "Texas Swing" as we call it here in Texas...) -- I've recommended it to countless people over the years. Just wanted to say how much I love your blog. There is an incredible amount of work here. Any chance that you're on Twitter or have a Facebook page? --Paula

Hello Paula - Sorry for the delayed response - I've been in Paris with a very unreliable iPhone for company. Anyway, very many thanks for your kind words about my blog. There's a lot of musicians from Texas whose work I admire - from Bob Wills to T-Bone Walker, Doug Sahm to Lee Ann Womack, Lightnin' Hopkins to Guy Clark, and Delbert McClinton to Michelle Shocked - so you're in the right place for some great sounds. Other things I like about Texas include the Menil Collection and the Donald Judd spaces at Marfa. I do have a heavily cobwebbed and neglected Facebook page that was set up at the instigation of my offspring - it just seems to be more connectivity than I need at my time of life! Your comments are very much appreciated. All the very best, Phil.