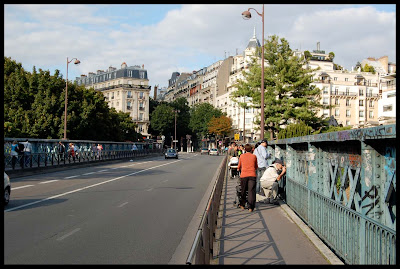 In the 1860s Haussmann was pursuing the third phase of his Parisian grands travaux driving new roads through the recently incorporated outer arrondissements. One project that got stopped in its tracks was his plan to build a bridge across the Cimetière de Montmartre to carry the rue Caulaincourt. Parisians were affronted by the casual way in which the remains of the dead were to be relocated and a vociferous campaign in the press forced Haussmann, for once, to abandon his scheme. The Pont Caulaincourt was finally constructed almost 20 years after Haussmann left office, in the form of a steel truss bridge in 1887-88. Marcel Duchamp would have crossed the bridge en route to the apartments he occupied at 65 and 73 rue Caulaincourt between 1906 and 1908. The young Duchamp found the bohemian fervour of Montmartre hard to take and soon departed for the bourgeois anonymity of Neuilly. The bridge is every bit as calamitous as its opponents claimed in its impact on the cemetery below with a steel superstructure that grazes the tops of the tombs and symbolically obstructs any possibility of heavenly ascension on the part of the unfortunate souls trapped underneath. 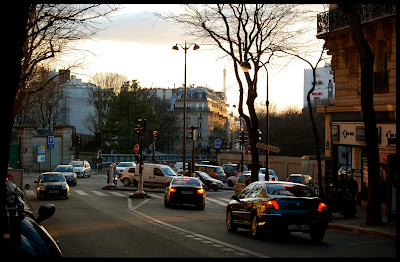