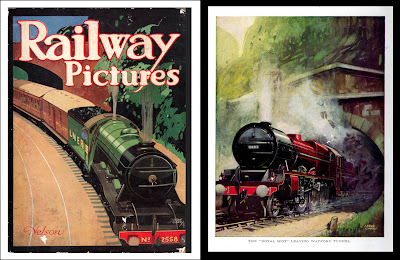 Leslie Carr was an accomplished illustrator and poster artist active from the 1920s to the 1950s. Transport subjects were his speciality and his work can be viewed in the National Railway Museum and the London Transport Museum. Motoring, aviation and shipping also feature in his output. Many children’s books of the period included his thrilling evocations of the age of steam and this is a fine specimen. Examples of his vintage posters have been selling for up to £1,000 in recent months but despite his lasting achievements, biographical data is extremely sparse. There is a single source that gives his year of birth as 1891 but nothing accessible to support it. Perhaps in the future, the life and times of Leslie Carr will emerge from the lost pages of the historical record but I shan’t be holding my breath. 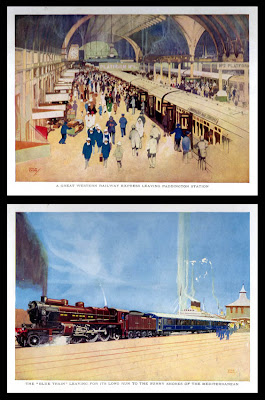 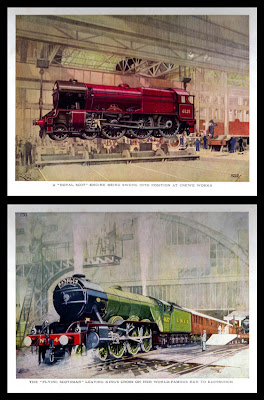 I may have access to some further information about this artist as he was a relative for anyone who is interested.

Thanks for your comment. I keep adding to my archive of Leslie Carr's advertising work - most recently for Coventry Climax during the war and Morris Motors in 1929. Any further information would be much appreciated.

Thanks for the reply, I never met him personally, But he was my grandmothers uncle. I have one relative left alive who knew him so I shall try to get in contact and find out what she remembers. I can probably give you a little more information, but suspect that I might get into trouble with my family if I post things on an open message board, I could not see a way to private message here.

Leslie Carr was born in Hove, West Sussex 1891. Died Hove, 6th February 1969. He initially worked at the London Stock Exchange and was a lieutenant in WW1 and became a full time artist later.

Note for Demoskratos1:
Leslie Carr's work remains in copyright until 5th February 2019 yet is being (and has regularly been) reproduced for profit by many publishers. Any surviving descendant or relative has a good case for claiming penalty royalties from them all.

I have 4 paintings by Leslie Carr for morris motors I have also found proof works by him all from the 1930s,the paintings are originals. Be nice to find out more about the works I have