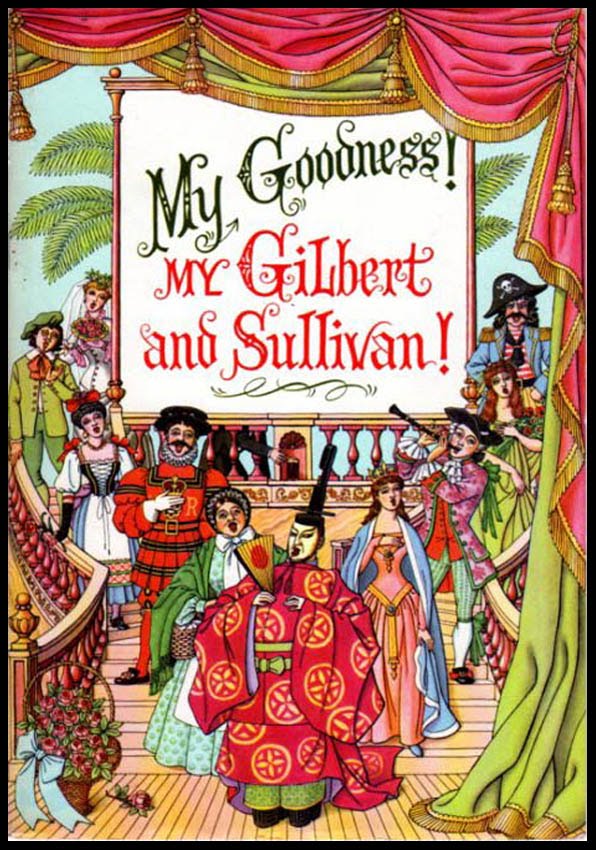 The illustrated booklet reproduced here was produced in 1961 by Guinness for distribution to general practitioners – one in a long series intended as an annual reminder of the medicinal virtues of stout. A Conservative government was presiding over a consumer boom and prosperity was on the rise. The Cold War and de-colonisation dominated foreign policy. The age of austerity had given way to an age of anxiety – the culture wars of the 1960s were just beginning. Amateur productions of Gilbert & Sullivan retained their appeal for the middle class – a respectable opportunity for exercising their choral skills and dressing-up in exotic costumes. These illustrations offer a visual equivalent to the comforting melodies and verbal wit for which the Savoy Operas were so highly valued. The sly intrusions of Guinness-related imagery add to the charm. Credit for these richly coloured illustrations goes to Antony Groves-Raines – a master of visual wit with a talent for combining his own magic realism and crisp contours with a jaunty amiability certain to please. 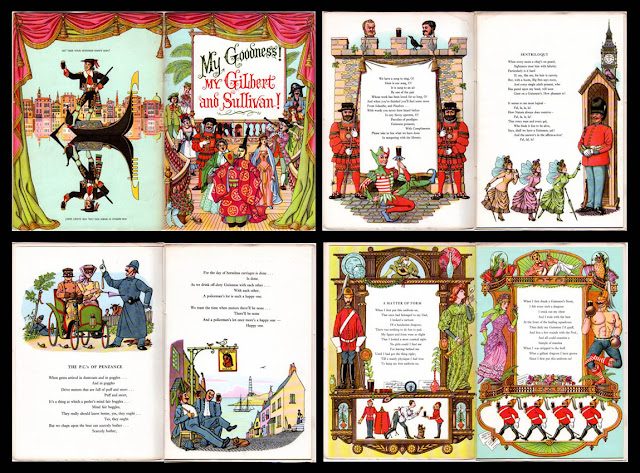 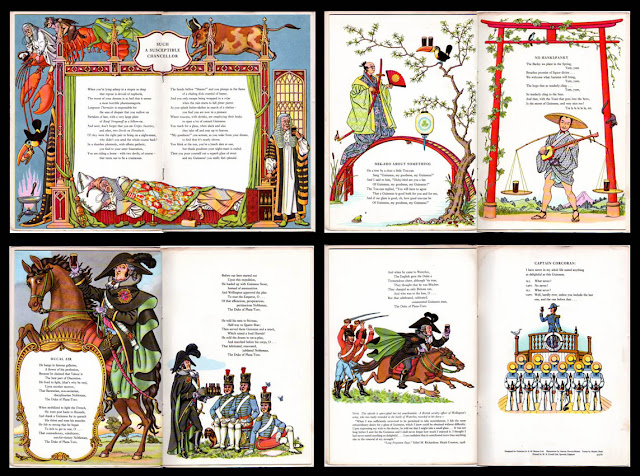