Something Nasty in Nice 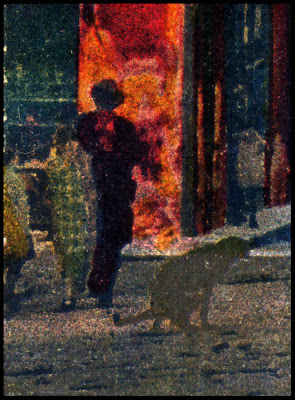 If we put a frame around this image we could be looking at a great lost work by Sickert, Street Corner with Defecating Dog. If we look at the bigger picture we can see that it represents one of the great hazards of street photography – the possibility that something deeply unpleasant may be happening, unnoticed, on the periphery of the picture. In this instance, the unwanted faecal extrusion seems to have gone unremarked until the cards were printed. Our old friend, the photo retoucher has been called in but only the most rudimentary efforts have been made to overprint the unwanted detail. The canine presence has been reduced to a single flattened form but the contours unambiguously expose what’s been going on. 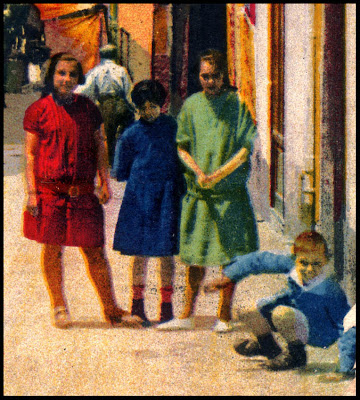 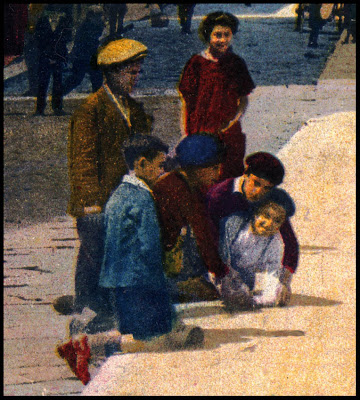 If we lift our eyes from the gutter and take in the wider picture, we have a reminder that there’s more to Nice than the glamour and opulence of the Promenade des Anglais. A large working class population existed to service the tourism industry and these robust and cheerful street urchins would be the femmes de chambres and sommeliers of the future. Postcard images of youngsters at play were popular with visitors who in their own hometowns would never favour the great unwashed with a single glance. But in the context of an exotic Mediterranean resort these subjects acquired an ethnic dimension that made them much more acceptable. 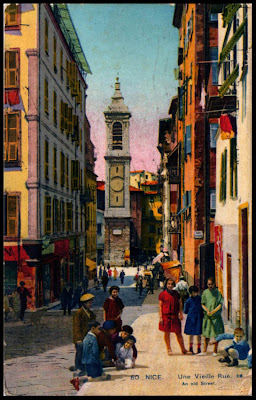 The final card is proof that the municipality of Nice took its street cleaning responsibilities very seriously and employed the very latest in high-pressure hoses to ensure that visitors’ sensibilities would not be offended by canine waste matter. 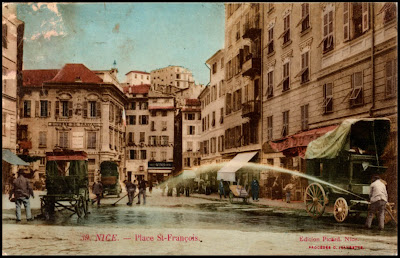