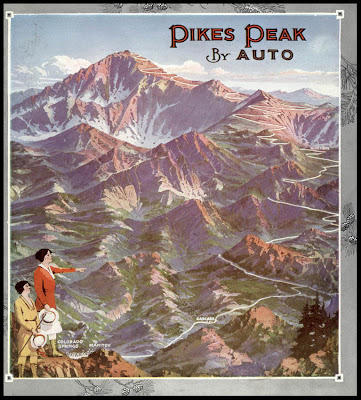 There is no apostrophe in Pikes Peak and the Colorado State legislature passed a law to this effect in 1978, presumably in response to a vision of dense clouds of pedantic apostrophes sneaking their way through the Rocky Mountain passes. Our female explorers above may be scanning the horizon for illegal punctuation or perhaps they’re contemplating the delights of zigzagging their way to the summit in the comfort of their auto. An alternative route to the top is via the Manitou and Pike's Peak Railway (note the apostrophic infiltration) that has been in service since 1891. Our postcards below show contrasting views of the cog railway in the age of the steam train and the age of the streamliner. The prospect that these modest trains might achieve the sort of downhill speeds where streamlining would be an advantage is nothing less than terrifying. 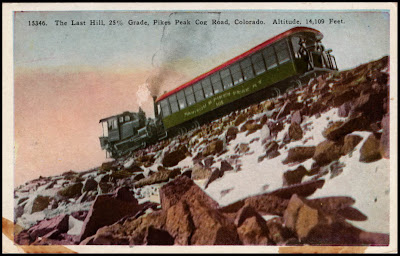 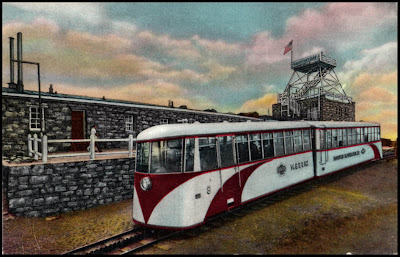