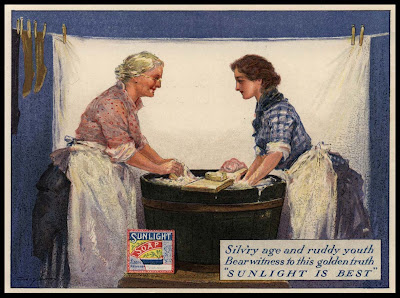 The typical English town often displays very little evidence of planning. Growth and development is frequently random and haphazard and driven by the landowners’ need to extract every last penny by way of commercial exploitation. Planned communities are rare and exotic creatures in a country where the priority has historically been to make life as comfortable as possible for the developer by imposing the very minimum in the way of regulation. Port Sunlight, on the Wirral peninsula is one of largest and most distinctive planned communities in Britain and owes its existence to a best-selling brand of household soap. 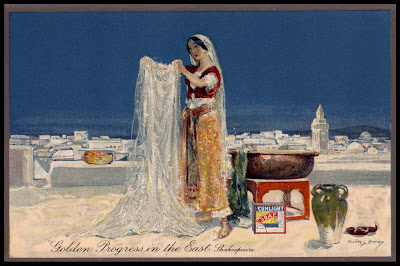 Ubiquitous advertising ensured that Sunlight Soap was one of the best known consumer products of Victorian England. It was the foundation of a mighty commercial empire that became known as Lever Brothers. The Garden Village built by the company was the product of the convergence of two powerful but distinct impulses in Victorian social policy. The development of an English domestic architectural style in planned communities such as Bedford Park was coupled with the socially progressive notion of providing the workforce with a healthy environment with modern sanitation in which to live. The Victorian factory was a labour-intensive operation and a fit and stable supply of labour living on the doorstep was a distinct advantage. 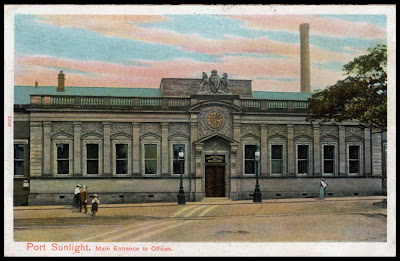 The plans for the village included a generous provision of open space with formal and less formal gardens. A theatre, art gallery, library, church, gymnasium and swimming pool catered to the needs of residents. The housing was mostly laid out in terraces and in architectural terms, homogeneity was favoured over uniformity. Somehow this was achieved despite the presence of virtually every single stylistic cliché of the period. There’s half-timbering, stone mullions, hanging tiles, pepper-pot chimneys, Flemish gables, pebble infill, and pargetting to be enjoyed. It’s a place I would much like to visit but the opportunity has not yet arisen so, for now, I’ll have to make do with a postcard trip and browse the Guide to the Lady Lever Art Gallery to share the visual pleasures on display for the collective enlightenment of soap-makers. And there’s always Google Earth. 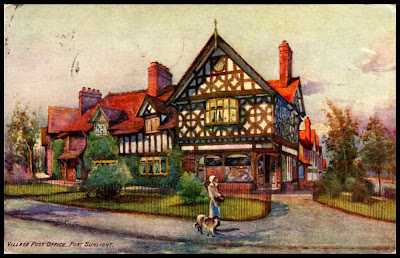 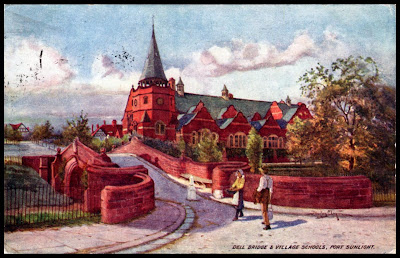 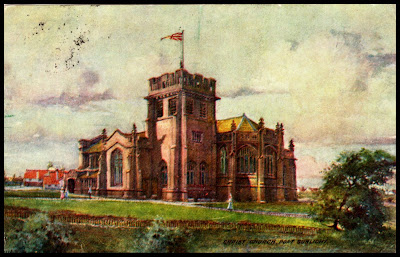