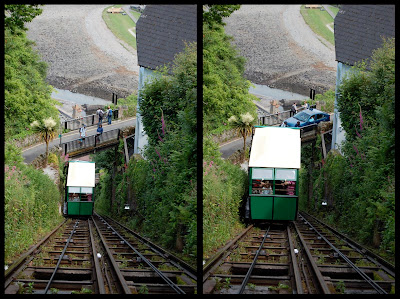 Sir George Newnes was a late Victorian press baron whose fortune was based on the mass-circulation magazine, Tit-Bits. He built himself a mansion on the North Devon coast at Lynmouth with the proceeds and lavished his cash around the neighbourhood on a variety of civic projects. One such project was this water-powered Cliff Railway that connects the town of Lynton with the harbour and pier at Lynmouth, 500 feet below. It opened for business in 1890 and is still prospering in daily operation. The technical ingenuity is admirable, the water and gravity that power the system are available free of charge and although as a spectacle it’s little more than two garden sheds exchanging positions, as a ride, it’s excitingly vertiginous. 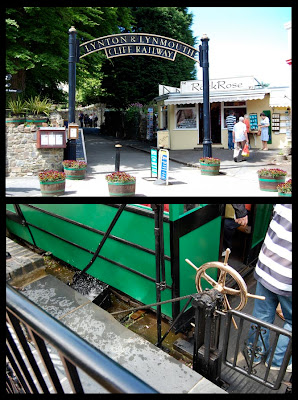