Postcard of the Day No. 29, L’ascenseur Marseille 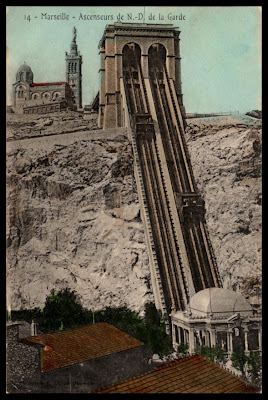 This is a singular method of transport that history has not been kind to. Commonplace a century ago, most have ceased to exist. This example in Marseille conveyed passengers to the cathedral and remained in operation until the 1960s. The terminal buildings were monumental in scale and the track infrastructure was equally massive. The postcard below offers a detailed image of the lower terminal. The pavilion with its Corinthian capitals, pillars and pediments has been designed to give an impression of seriousness of purpose. The message is that this is no casual enterprise. An interesting cast of mostly over-dressed characters pose for the camera. There’s no obvious explanation for the presence of the figure on the parapet but his nonchalance suggests he felt he had every right to be there. 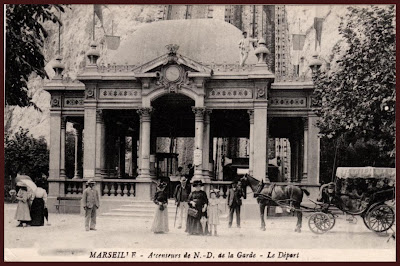