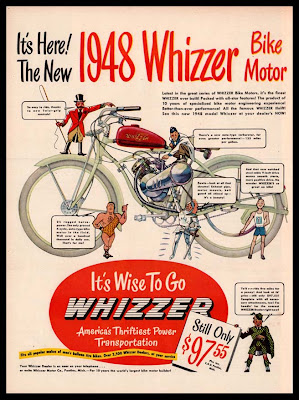 It took some courage to develop a slender lightweight motorcycle in the spiritual home of monster bikes. Even more reckless to name this humble contraption a Whizzer and market it to a public more accustomed to the chrome plated extravaganzas that cruised America’s highways where a motorcycle was a hog. Despite all this, the Whizzer enjoyed some success in the late 1940s but in 1955 production ceased. After a 42 year interlude, a new Whizzer was launched in 1997 and production continues to the present day. Perhaps in the wake of the credit crunch the Whizzer’s day is about to dawn. It’s pleasing to dream of an alternative universe in which the Whizzer triumphed over the Harley, thus giving rise to a completely new breed of Hell’s Angel. 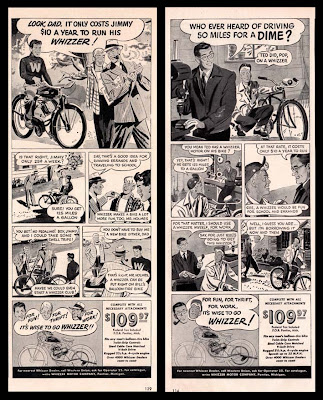