Postcard of the Day No. 28, La station des omnibus 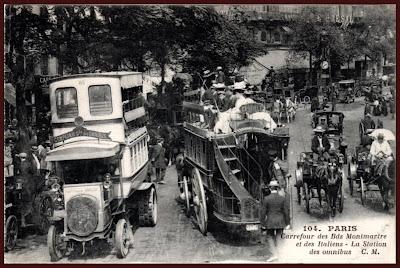 This is the sort of card that the French describe as a CPA animée. Hardcore postcard collectors are always in pursuit of animation in topographical cards of which this is an exemplar. It’s packed with anecdotal detail of city life a century ago at the moment when the horse gave way to the internal combustion engine on the grands boulevards. On the right we have two horse drawn vehicles, one of which appears to be in the capable hands of Henri Matisse. The atmospheric mix of horse dung and carbon monoxide emissions would have made for a torrid summer afternoon. The percussive effects of horseshoes on paved streets and the throbbing of primitive petrol engines would have assaulted the eardrums. The chaos and disorder of the modern city in all its raucous splendour was busy being born. 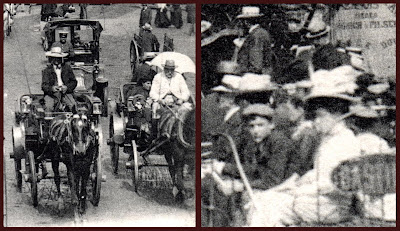