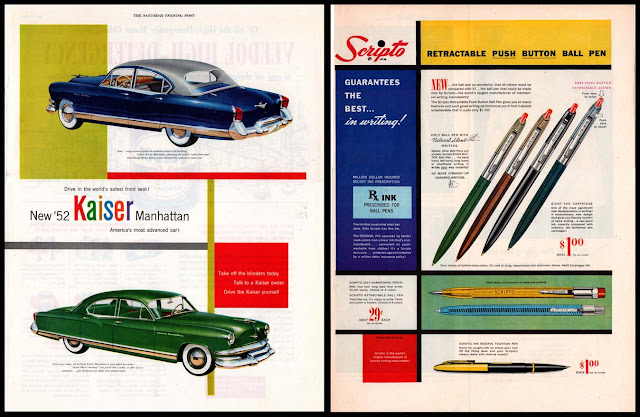 Every so often the name of Mondrian will spring into the mind of a graphic designer in search of inspiration. What happens next is that the carefully considered principles of composition that Mondrian employed in the fine calibration of his grid paintings are systematically discarded and relegated to a supporting role on which to display the product. Mondrian’s hard-won pictorial values are consigned to the trash. For all Mondrian’s insistence on the spiritual content in his paintings they have been adapted with ease to serve the material values of advertising. I have a sneaking admiration for the impudence with which these images are commandeered even though the results seem uninspired. It’s anyone’s guess what Mondrian would have said but there was a streak of unpredictability in his character and it wouldn’t be safe to assume that he would have automatically rejected this back-handed compliment. The last paintings produced in New York just before his death in 1944 suggest that the dynamic visual environment of the city made a profound impression on him and that he was not immune to the attractions of popular culture. There is a graphic design template known as a Mondrian Grid Layout but these examples displayed here are more explicit in borrowing from the artist. Two of them come from the Cold War era and the third is of recent origin. Mondrian’s pictorial vocabulary is so easily co-opted there are sure to be many more. 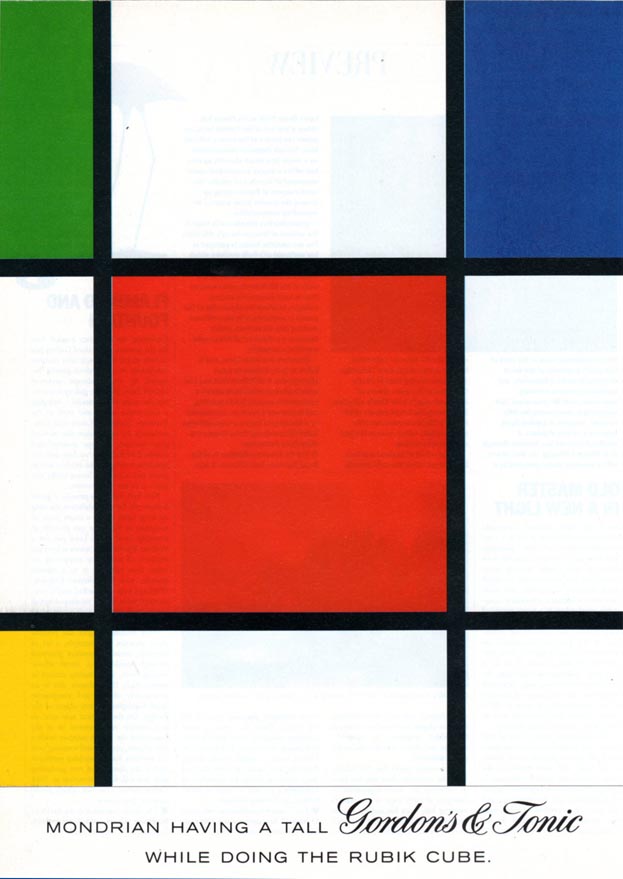 Mondrian's paintings expressed a particular theory. He lived his life by it and even invented a form of dancing according to it. But I have always thought that his early representational paintings, and the transitional paintings in which he schematised his subject, were better than his later paintings. For all his theories, they were arid grids.

It doesn't matter what ideas lie behind a work of art, if they are not clear in the art itself they count for nothing. William Holman Hunt's meticulous religious painting The Scapegoat was correctly dismissed by his contemporaries as just a picture of a smelly old goat.

So for that reason it is entirely appropriate that Mondrian's grids should be appropriated by advertisers and typographers. The most creative minds today are employed in advertising anyway.

Some interesting thoughts here for which many thanks. But I must confess that the arid grids work for me but I'm a bit of a gridaholic - especially for Agnes Martin and Sol LeWitt. I saw The Scapegoat not long ago at Port Sunlight and it's truly gruesome but oddly compelling as a product of obsessive devotion.

I enjoyed looking at your blog.