Out on the Rolling Sea 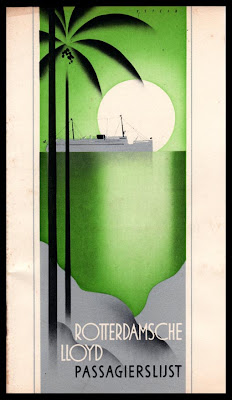 This elegant and crisp graphic confection, executed with precision by a maestro of the airbrush, was the initial introduction to the delights of an ocean voyage under the flag of the Rotterdamsche-Lloyd shipping line. Below decks, great armies of engineers and stokers, chefs and stewards, porters and waiters toiled in the service of another great army of colonial administrators and diplomats, bank officials and mining engineers, adventurers and confidence tricksters who wiled away the interminable hours at sea in an orgy of food and drink, gambling and fornication. Everyone on board the Dempo, departing Rotterdam for Batavia on August 26th. 1936 is on the Passenger List together with their port of origin. A lively time seems in prospect with several clergymen (of various denominations), senior military officers and professors, not to mention knights of the realm and a Baron (Hoyningen-Huene) competing for attention at the bar. As for the Dempo, it served as a British troop carrier in World War II before being sunk by a U-boat en route from Naples to Oran in the Mediterranean in March 1944. 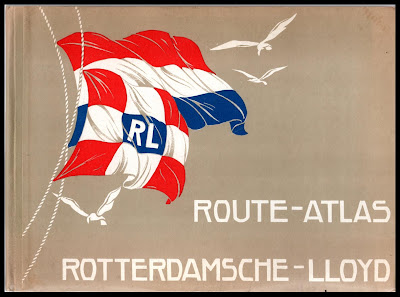