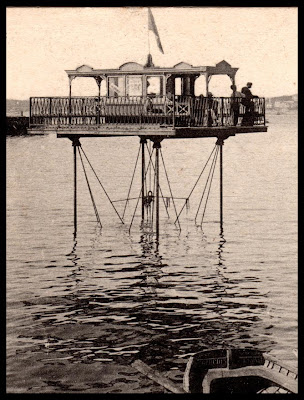 A French engineer named Alexandre Leroyer, displaying a magnificent indifference to appearing ridiculous, designed this precarious structure for the purpose of crossing the entrance to the port of Saint-Malo and conveying passengers to the neighbouring community of Saint-Servain. It went into service in 1873 and might still be in existence today were it not for an unfortunate navigational error on the part of a passing cargo ship that casually destroyed it in 1923. It’s a widely held view that Magnus Volk, Brighton’s first citizen of all things electrical, was inspired by this to construct his infamous and wildly over optimistic coastal railway that fitfully struggled through the waves from Brighton to Rottingdean and back during its mercifully brief life between 1896 and 1901. These wonderful products of the Nineteenth Century imagination, notable for their impudent attempt to conquer time and space with the most slender resources, still possess a haunting power and are most frequently encountered today in the Japanese animations of Hayao Miyazaki. 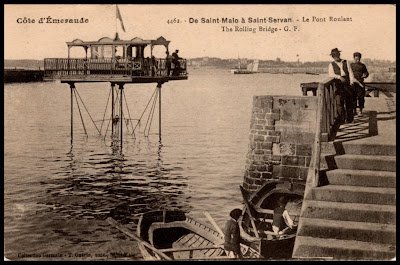