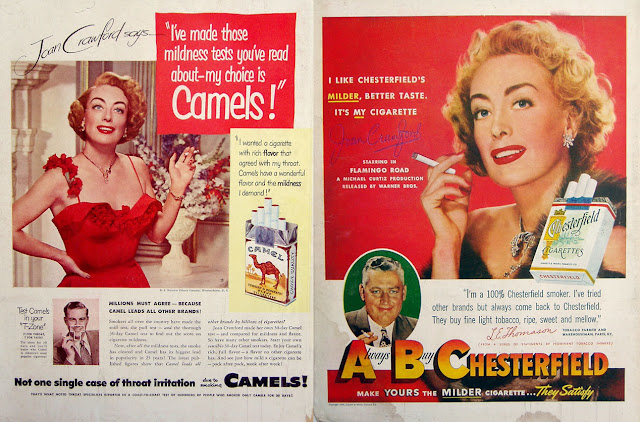 Today it’s the turn of the female of the species to prove that when it comes to scattering their star quality far and wide, they have nothing to learn from the men. Hollywood’s finest were as much in demand as their male counterparts and had a key role to play in promoting cigarette smoking as a respectable activity for women. Both Joan Crawford and Lucille Ball were happy to endorse rival brands to demonstrate their impartiality. Deeply contrasting personalities, it could be argued that Crawford’s expression of barely suppressed anguish could have undermined the message whilst Lucille’s cheerfully vacuous features could have been made to order. Disturbingly, in the ad for Pall Mall, Lucille bears a strong resemblance to our own much loved New Labour politician, Hazel Blears. The gloves are a nice touch when it comes to smoking Chesterfield. James Rosenquist cropped the Crawford ad for Camel for his 1964 painting, Untitled (Joan Crawford Says), now in the collection of the Museum Ludwig, Cologne. 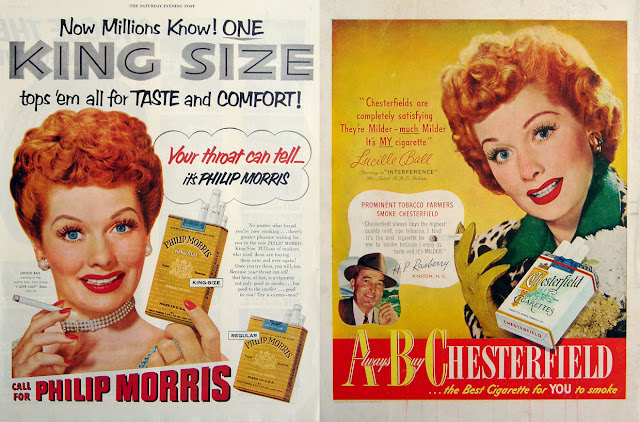 There can be no dispute about the charms of Royal Crown Cola with stars of the calibre of Rita Hayworth and Paulette Goddard on board. A femme fatale such as Gilda would have died of thirst before she let a drop of Royal Crown Cola pass her lips and would have made an unwholesome candidate for endorsing the product. Essential then that Rita steps out of character and assumes a breezily carefree persona quite at odds with her screen roles. 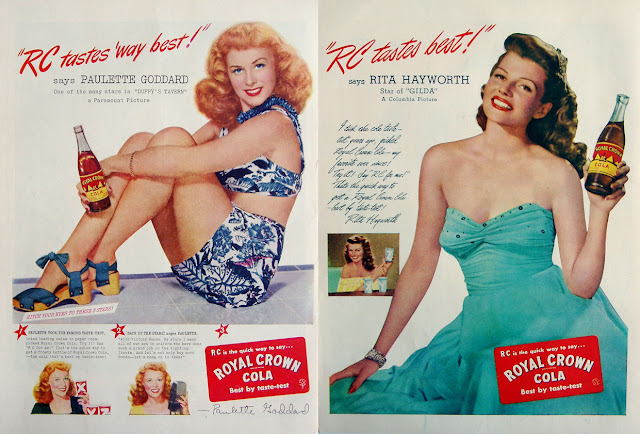