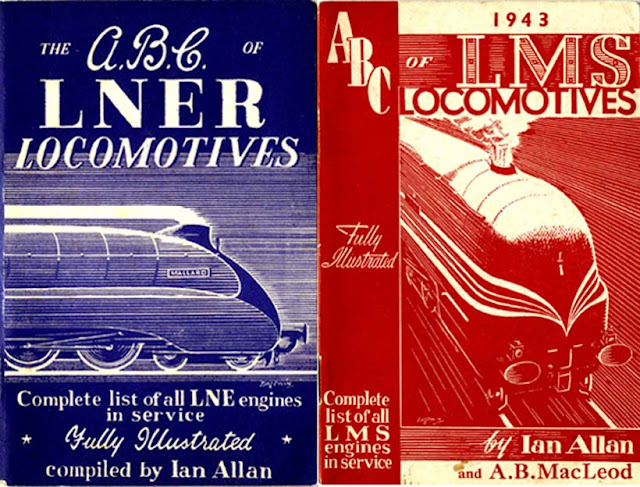 There’s a confessional tone to today’s posting. I’ve long been acquainted with these books thanks to a childhood passion for railways that has never really gone away. Collectors pay very large sums of money to get their hands on unmarked examples free from the disfiguring underlining and annotations more usually found. A single mark annihilates the value by at least 90%. Very few buyers shelved their books in pristine condition; most stuffed them into backpacks, alongside their cheese and Marmite sandwiches, as they patrolled smoke filled urban wastelands in search of ever more elusive locomotives to record. 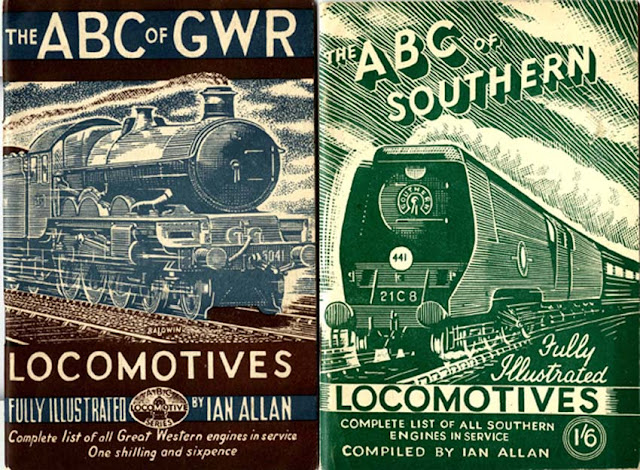 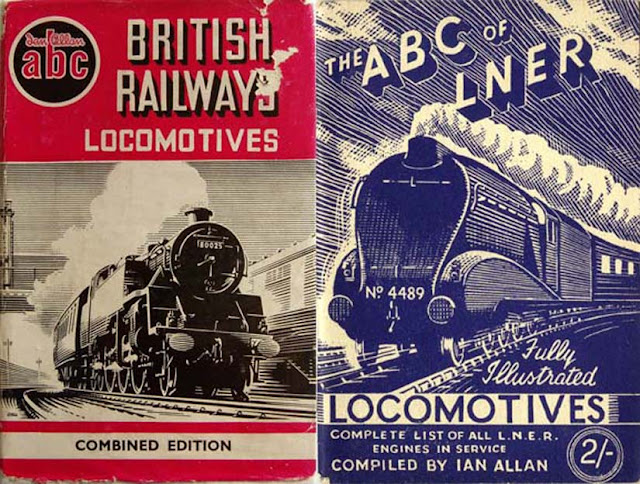 These books have a long history. First published in days of paper rationing in the Second World War, they survive to the present day, albeit in much modified form. They were produced to cater to the then fashionable pastime of trainspotting, decades before it became an indicator of social inadequacy. Masses of technical data and long lists of locomotives were compressed between card covers and updated with new editions every 6 months. Despite selling to a captive audience, the covers maintained an unusually high quality of design. 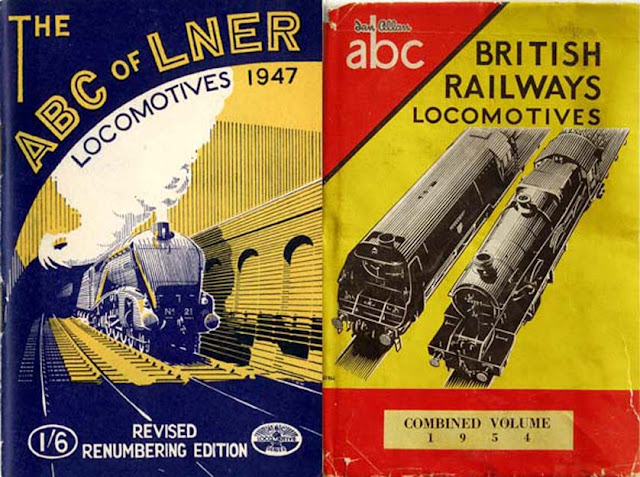 The earliest examples reflect a liking for streamlined stylisation and exuberant letterforms. These items from my collection come from the 1940’s and 1950’s and show how the style evolved in favour of ever greater descriptive accuracy. It has not been possible to tell if they are the work of more than one person but some of the later examples bear a neat signature, A N Wolstenholme, sometimes abbreviated to ANW. The original drawings appear to have been executed on scraper board, a very popular graphic medium of the time. The drawings of ANW can be found in other Ian Allan publications of the time and all share a sure touch and crispness of execution. 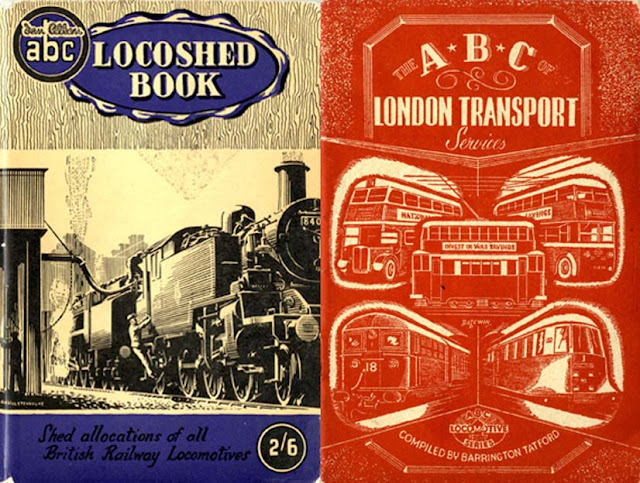 I've started a blog on the railway artist A N Wolstenholme on my lickey incline blog at http://lickeyincline.blogspot.com/

Great stuff. Can I just inform you that a big piece on Arthur is to appear in Western Power magazine next month. It can be obtained on subscription or as a back copy once the subscribers have had their copies. It includes details of the artists life and background and his fleeting association with Dambuster legend Sir Barnes Wallis. Just click www.westernlegacypublications.com

Western power magazine now out at www.westernlegacypublications.com Issue 11
complete with in depth interview with widow Inga.