Meccano Magazine on the rails 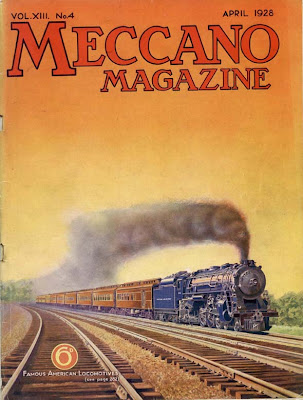 This is yet another selection of cover art from Meccano Magazine (1926 – 1930), this time celebrating the world of train travel. The development of steam traction was at the forefront of technological innovation and the train operators competed ruthlessly to achieve ever higher speeds. Readers were invited to stare with wide-eyed wonder at the sight of massive locomotives being manoeuvred around vast workshops as if they were weightless. The enormous bulk of American locomotives are displayed for the admiration of the British schoolboy. Rich in detail, with lots of highly polished machined metallic surfaces to delight the eye. In keeping with the mission of the magazine, most of the images focus on what happens behind the scenes and only two make the effort to communicate the sense of speed that was such a contemporary obsession. 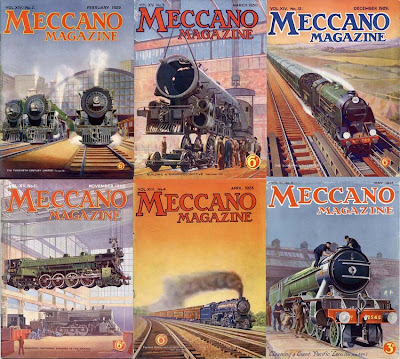