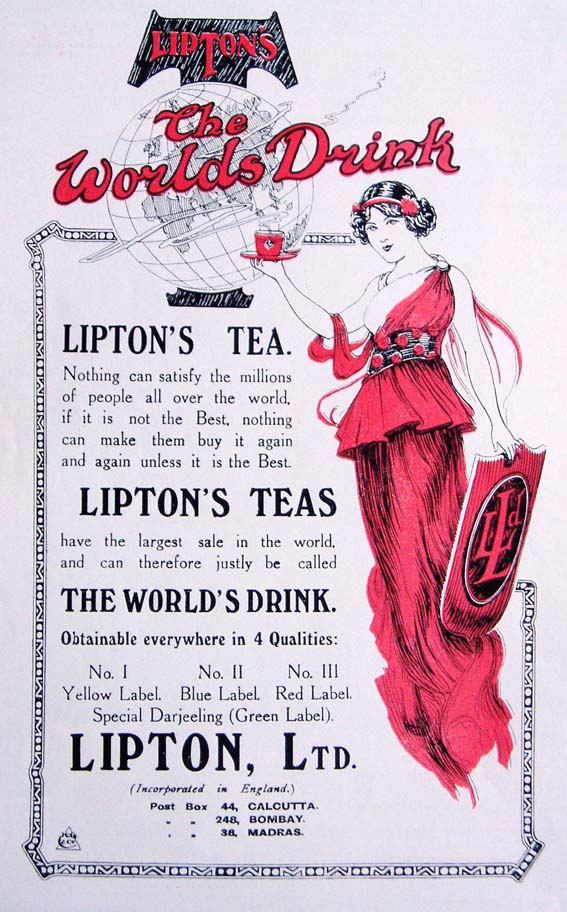 The Lipton brand was created in the 1880’s and developed from its origin as a retailer into one of the world’s major suppliers of tea products. A reputation for colourful and innovative publicity was established by the founder, Sir Thomas Lipton who paid for thin men to parade in the streets of Glasgow carrying placards bearing the words “Going to Lipton’s”; fat men were hired to display placards that read “Coming from Lipton’s”. A few years later, Lipton was selling monster cheeses inside which a number of sovereigns and half-sovereigns were concealed. When warned by the authorities that this could endanger public health Lipton published advertisements advising customers of the perils of choking to death on gold sovereigns. (Source: “Advertising in Britain”, T R Nevett, Heinemann, 1982) 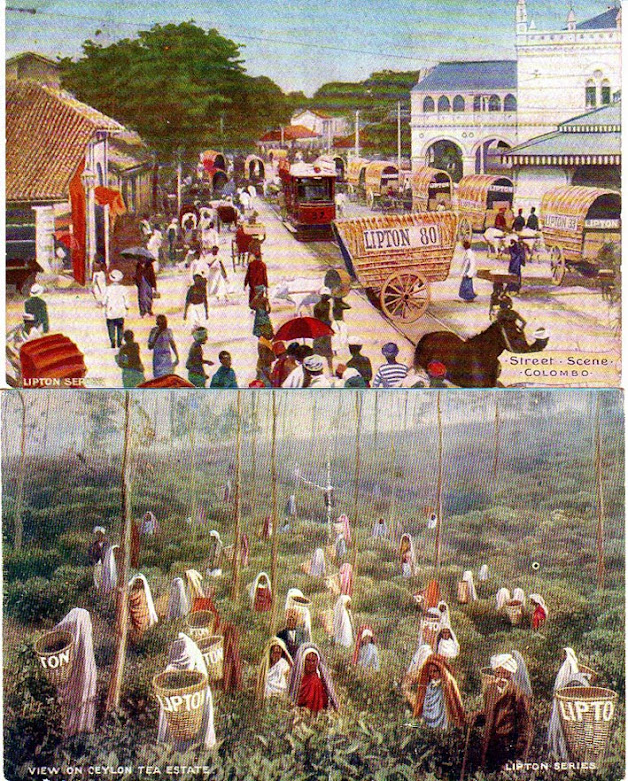 It was common for businesses founded at the high water mark of Victorian power to assume an imperial style when publicising their activities and Lipton was no exception. This group of postcards was designed to impress with the global scale of the business and enhance brand awareness by endless repetition of the trademark, the message being that even in the most distant imperial realm the name of Lipton was proudly and ubiquitously displayed. The brand continues to flourish under the ownership of Unilever but despite a dominant presence in many global markets its British activities are not very prominent, being mainly limited to canned drinks of the iced-tea variety. The tradition of inventive publicity is not yet dead. To see how Lipton has been promoting itself in Egypt recently, please click here. 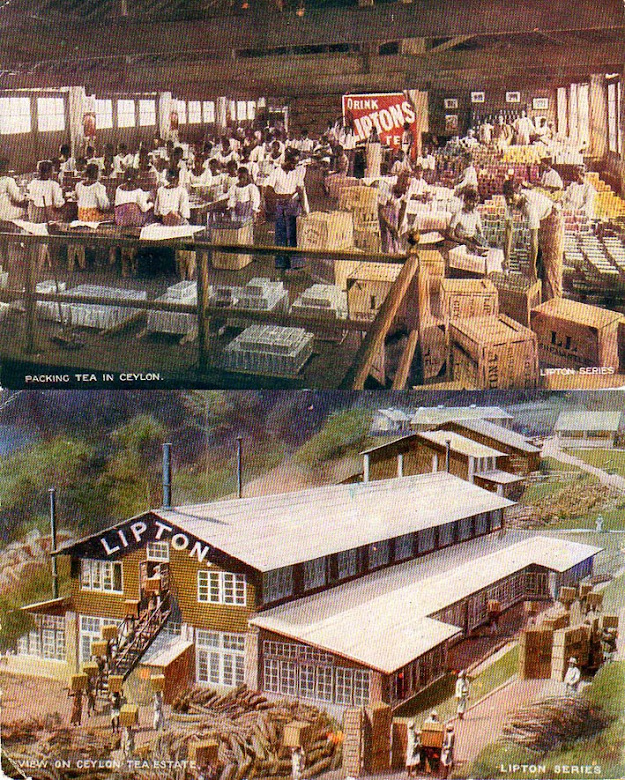