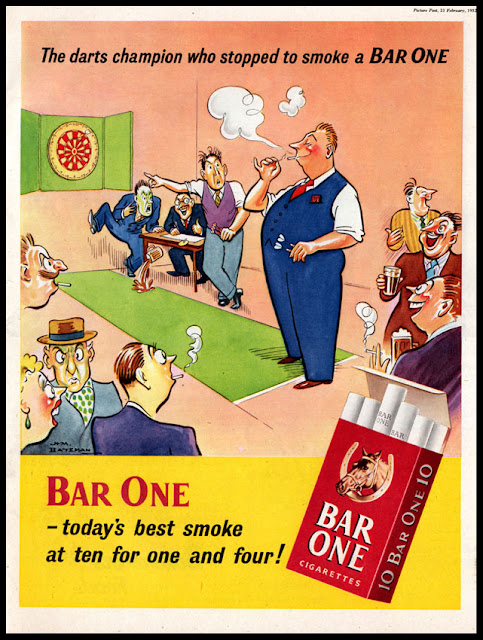 Now that tobacco products are concealed from public view by a PVC curtain, the days when they were openly advertised seem increasingly remote. The shadow of the carcinoma had yet to fall in the 1950s when these were first published and smoking was still perceived as the first (and easiest) step towards adulthood in a world where seniority invariably prevailed over merit in the workplace. These vignettes of working class culture were intended to appeal to the lower income smoker and therein lies the irony. The artist, H M Bateman (1887-1970) was by all accounts an inveterate snob with a hearty contempt for his social inferiors; he also had a persistent problem with paying income tax. If he was alive today he would be voting UKIP and passionately supporting the Taxpayers’ Alliance. Bateman’s reputation rested on his masterly portrayal of embarrassment and apoplectic rage – in the 1920s he achieved a high level of public recognition for “The man who .......” series of caricatures in which hapless individuals experience the ultimate in public humiliation when their transgressions of unwritten social codes are cruelly exposed to howls of outrage, scorn and hilarity in equal measure. They were widely published on both sides of the Atlantic in magazines like The Tatler and Punch and republished in book form, on calendars, postcards and posters. Between the wars, Bateman was a wealthy and much sought after illustrator for whom advertising art was especially lucrative – he drew for Lucky Strike in the US and for Kensitas in UK. When he carried out this commission for Bar One his fortunes were at their lowest – his infinite variations on “The man who .......” theme had greatly outstripped the public appetite and his interminable battles with the Inland Revenue had left him bitter and impoverished to the point where he could have been the subject of one of his own drawings as “The man who drew working-class pursuits for Bar One”. To be fair, the Bar One drawings (of which there are many more than this) may have been dependent on a much used stock of characters but they still made a strong visual impression in the pages of Picture Post. Public interest revived in the 1960s and the quality of his best work continues to be appreciated – at the time of writing the Cartoon Museum in London is exhibiting a selection of his work, “The man who went mad on paper”. 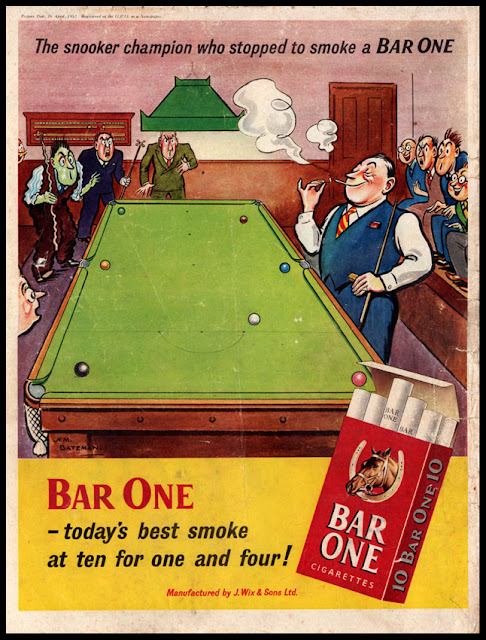 Postcard of the Day No. 54, Havana 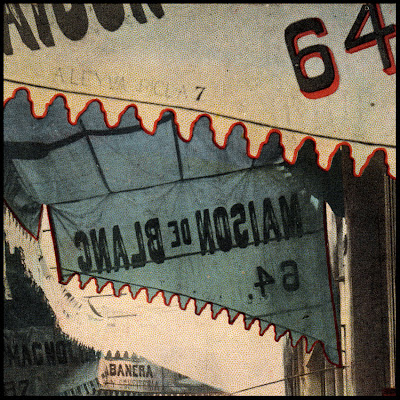 This unusually radical composition exploits to the full the extraordinary visual impact of the overhead shop awnings with their cropped and fragmentary letters and numerals. Walker Evans visited Havana in 1933 on assignment for what was eventually published as The Crime of Cuba – this image would not have looked out of place in his portfolio. Obispo Street today is a pedestrianised thoroughfare lined with shops catering to tourists conspicuously lacking the air of quiet dignity that graces this postcard from 1916. 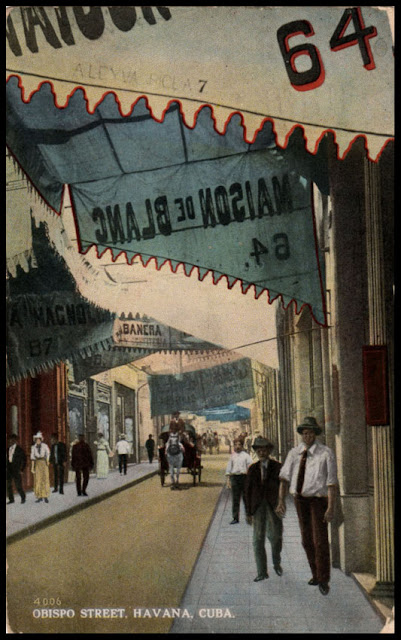 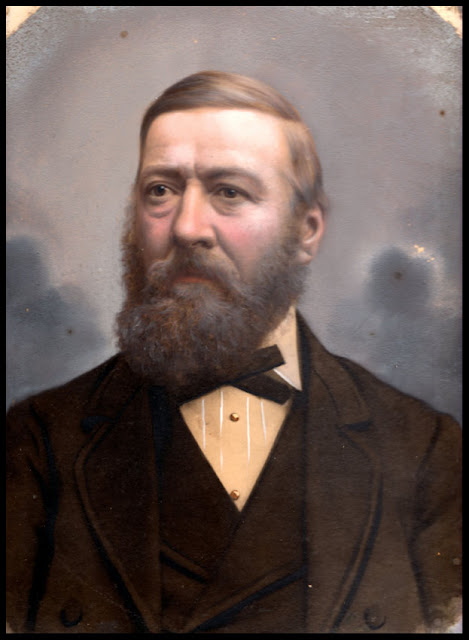 Three examples of Victorian photo retouching from 1883-84. The labels on the back tell us that these are photographic studio prints over-painted with artists’ oil colours – notes have been made about colour and tone to assist the Leeds-based painter. Mother, father and daughter have had their likenesses enhanced. Much more affordable than employing the services of a portrait painter and not necessarily greatly inferior to the product a local artist might have offered. Interesting to observe the different treatments – mother, thin-lipped and expressionless, breeding and parenting long in the past – father, paterfamilias, firm and resolute authority figure – daughter, every imperfection erased, the full Victorian glamour treatment to attract the eligible bachelor. The one idiosyncrasy they all share is possessing one eye significantly larger than the other. Family trait or artistic incompetence? 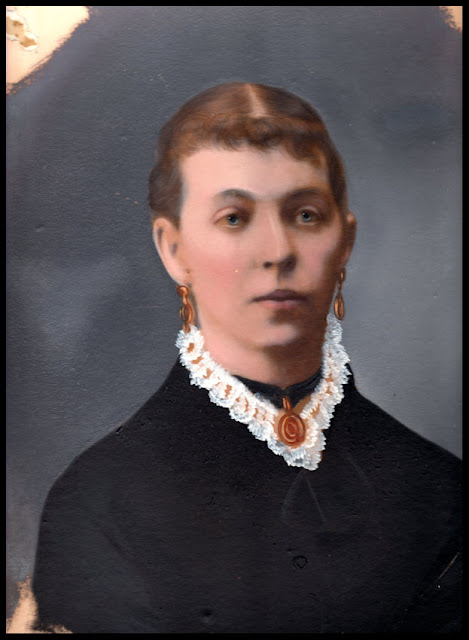 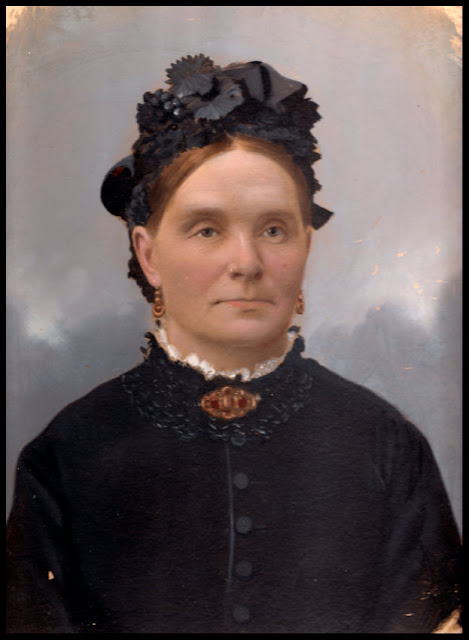 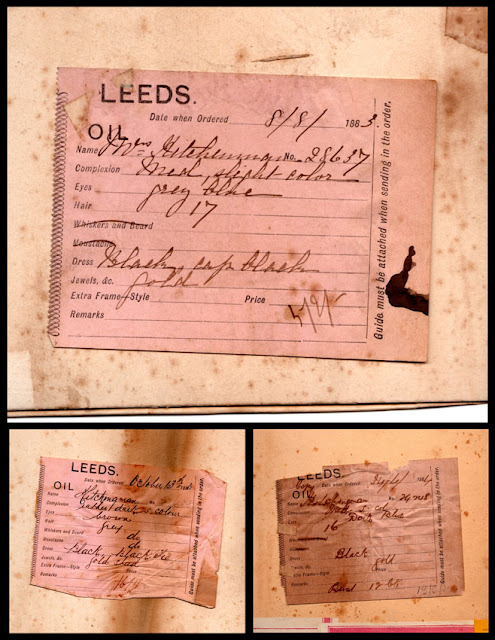 A Bridge in Cologne 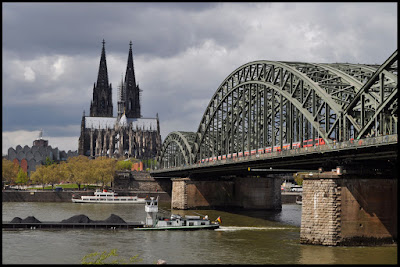 There’s a great triumvirate at the heart of Cologne – the Hauptbahnhof with its mighty single-span cast iron roof, an intimidating heavyweight Gothic cathedral, 600 years in the making with the largest façade in the world and the Museum Ludwig, home to one of the most comprehensive collections of the art of Modernism. This is also the point at which the railway crosses the Rhine on the massive structure of the tied arch triple span Hohenzollern Bridge. The present bridge is essentially the third at this location although the two latter bridges (of 1911 and 1948) are of similar size and appearance. They were preceded by the smaller Dombrücke (also known as Feste brücke), completed in 1859. The 1911 Hohenzollern was blown up by the Wehrmacht in 1945 to obstruct the Allied advance. 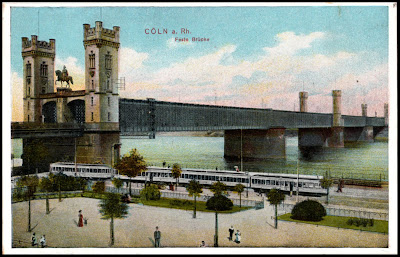 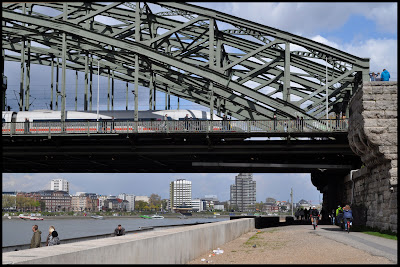 A great feature of the Hohenzollern is the provision of pedestrian footways, much enhancing the attraction of Cologne as an ideal city for bridge-walking – cross bridge A, walk to bridge B, cross that and walk to bridge C and carry on until the supply of bridges or energy runs out. Since the summer of 2008 thousands of young romantics have attached love padlocks to the bridge. The bridge operator, Deutsche Bundesbahn, was forced to back down on its plan to remove them, since when they’ve proliferated to the point where virtually no space remains. Meanwhile on the river bed there’s a long ribbon of keys to confound future generations of archaeologists. 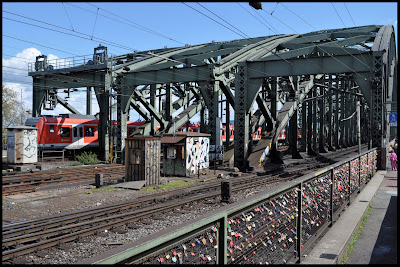 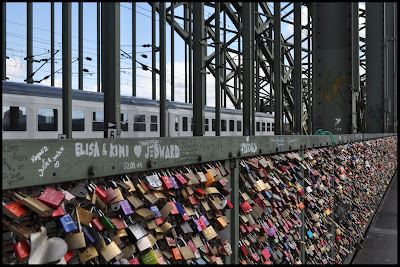 Super-sized equestrian figures of various Prussian Kaisers and Kings in full battledress stand, combat-ready on both sides of the bridge. Some appear to be survivors from the original 1859 bridge and remind us of the special value that military strategists place on lines of communication. This figure is Kaiser Friedrich III whose reign lasted a mere 99 days in 1888. 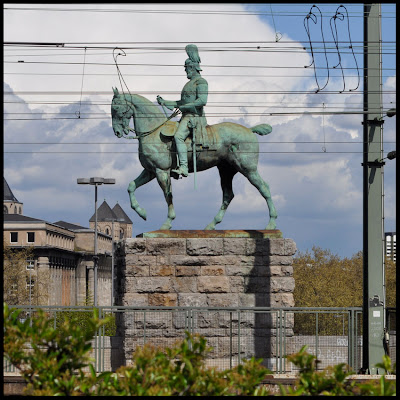