The Edge of the World 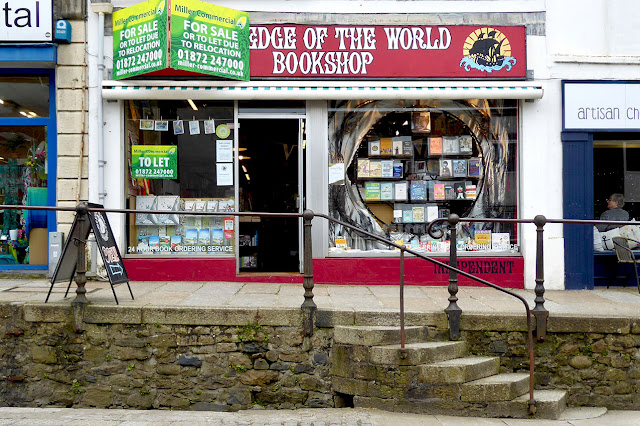 Penzance has the feeling of a town on the edge of Britain. With only the Atlantic Ocean to the west, the Great Western Railway’s westward expansion came to an abrupt stop here. A well established local independent bookshop chose its name accordingly. When we visited in March, new shop premises were in preparation and shop-fitters were installing the final section of fascia panelling. Which made for a nice pair of photos and served as an encouraging sign of defying conventional wisdom which holds the days of local high street bookselling are all but over. 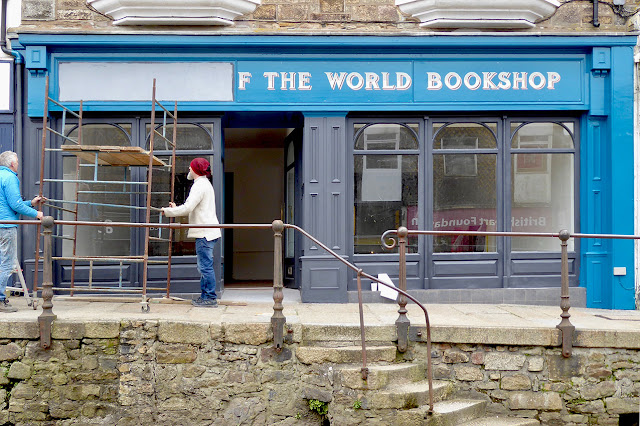 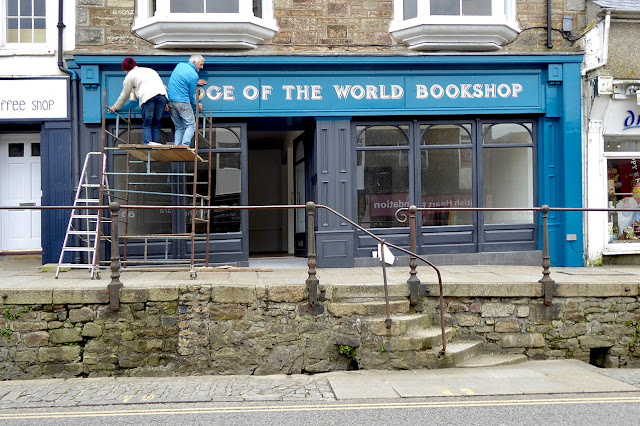