Past and Present No. 7: Wuppertal 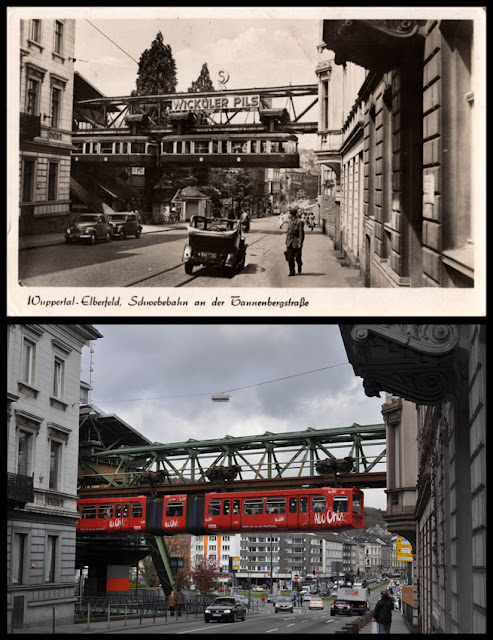 A recent trip to Germany with a pocketful of ancient postcards produced a few comparisons of things past and present of which this is one. Allied bombing and subsequent reconstruction has obliterated many of the landmarks and street profiles in the Wuppertal area and this example was a rare success – perhaps assisted by the fact that the postcard looks to be of post-war origin. The location is on Tannenbergstrasse, just outside Robert-Daum-Platz station on the much photographed Schwebebahn monorail. The distant view appears much changed but the foreground buildings seem to have survived the last half century or so unscathed. As for the Schwebebahn – it is such a miraculous survivor from a distant age of engineering experimentation that we shall return to it for a more detailed look.
Posted by Phil Beard at Monday, April 30, 2012 No comments:

Past and Present No. 6: Charonne 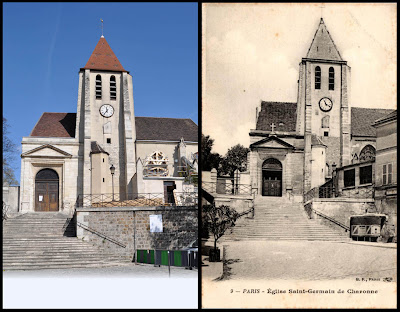 This little exercise in comparison is located in Charonne in north-east Paris, described in loving detail in parisinvisible as the last authentic village in Paris. The church of Saint-Germain de Charonne has retained all its character as a village parish church and almost uniquely in Paris still stands in its own burial ground. The postcard and photograph are separated by a century and apart from the removal of the cast iron vespasienne almost nothing has changed. The church is on rue de Bagnolet, almost opposite the former Gare de Charonne (now a nightclub) served by the long defunct Petite Ceinture orbital railway. The photograph below shows the tracks of la Petite Ceinture disappearing into the gloom of the tunnel in the direction of Ménilmontant. 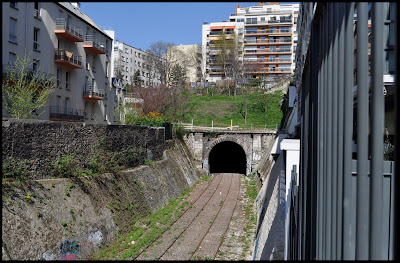 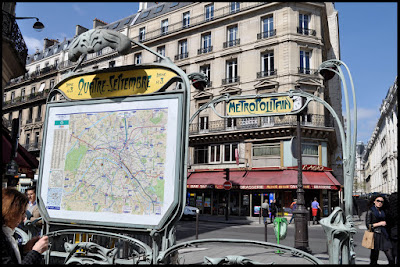 Visual culture documentaries are few and far between so it seems churlish to complain, unless of course, Waldemar Januszczak is involved. Sex and Sensibility: The Allure of Art Nouveau (BBC4) had its moments (which we shall return to) and was never less than beautifully photographed but the presentation, while avoiding the routine excesses of BBC presenters (foaming at the mouth über-enthusiasm, shouting and staring madly over the shoulders while marching away from the viewer) did little to inform and interpret. 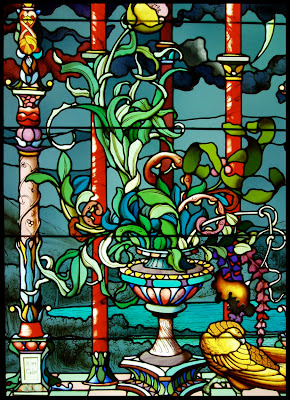 Presenter Stephen Smith was rarely out of shot and tried a little too hard to impress with a poker-faced air of nonchalant flippancy. It would be ungenerous to imply that his commentary was devoid of all interest but the suspicion remained that the over-riding concern was self-promotion, polishing up the brand. Jonathan Meades remains the undisputed master of this territory over which he presides with an armoury of aphoristic excess that Mr Smith could never aspire to. 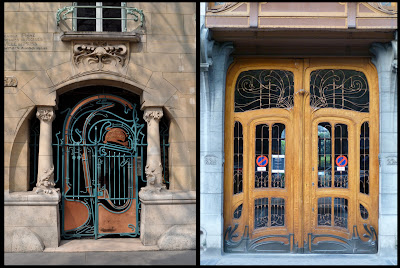 The idea put forward that Art Nouveau exploded into existence out of a clear blue sky is seriously misleading. Notwithstanding the need for a simple narrative where television is concerned, the links with Seurat and Signac, with Jules Cheret and Toulouse-Lautrec, with Maurice Denis and Paul Sérusier, with La Revue Blanche deserve acknowledgement. What makes Art Nouveau so fascinating is the speed with which it travelled from city to city via the media of print and photogravure, becoming a trans-national style more rapidly than anything that preceded it. Even as it peaked, below the radar Braque and Picasso were developing Cubism and when its brief time was up, it crashed and burned with equal velocity. And in that sense it seems to be the first art movement of the Twentieth Century, and the rise of the ephemeral rather than, as claimed, the last art movement of the Nineteenth Century. 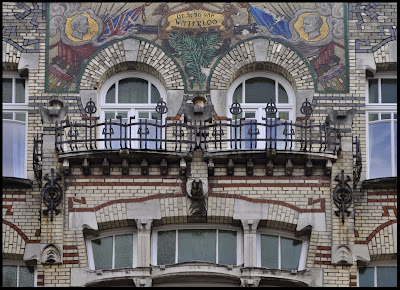 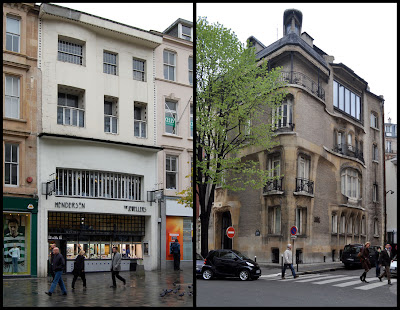 So – the good bits. Émile Gallée and his struggle to reconcile his socialism with his reliance upon a wealthy clientele for his exquisite ornamental glass made an interesting case-study. There’s a parallel with William Morris although Morris would never share Gallée’s enthusiasm for mass production. The tale of Mary Watts and her extraordinary architectural tribute (the Watts Chapel) to her lugubrious and less talented spouse, the original Man Who Came to Dinner, G F Watts, was a useful corrective. In a similar way Margaret MacDonald was given her due as an equal partner of her husband, Charles Rennie Mackintosh. But the real highlights resulted in the ability of television cameras to explore architectural forms and amplify the hidden detail, especially Olbrich’s Vienna Secession Building. Even better was the cherry-picker aerial examination of the forbidden Palais Stoclet, inside which the co-owners remain insolubly locked in dispute with one another and the Belgian authorities for whom it is the most enormous conservation headache. 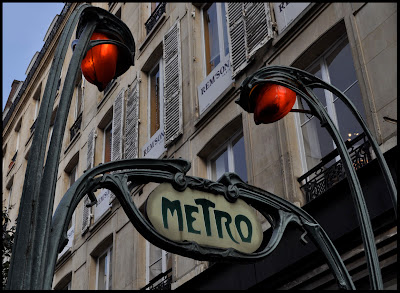