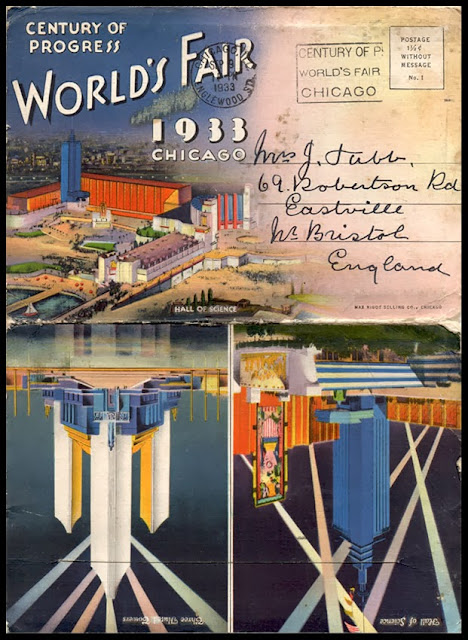 It is 80 years since the city of Chicago hosted the 1933 Century of Progress World’s Fair. As World Fairs go, in popular esteem it ranks well below the New York event in 1939 where the sheer volume of commercial exuberance left a legacy that has been analysed at length in an extensive literature. And yet, the architectural achievements of the Chicago Fair were impressive, being held together by an extravagant colour scheme devised by the Broadway set designer, Joseph Urban. Urban deployed a memorable palette of brilliant colours, perhaps inspired by his work for the Ziegfeld Follies. He died the day before the Fair opened on May 27th. 1933, the same day that Roosevelt’s New Deal was signed into law. 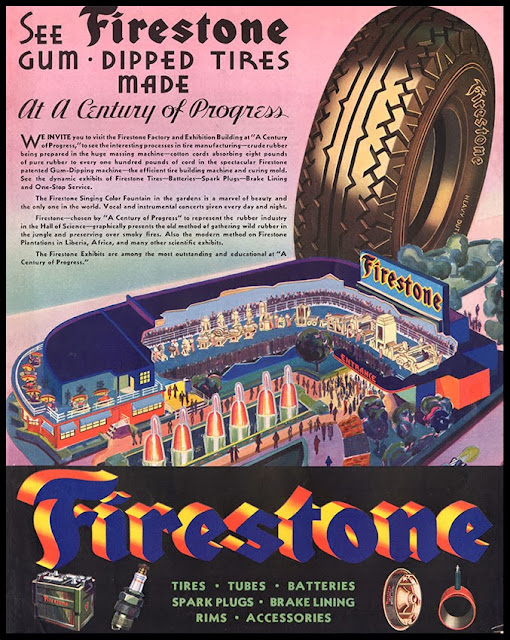 As a pageant of multi-coloured Streamline Moderne it was a highly effective antidote to the economic gloom of the Great Depression. Enormous effort went in to developing tempting visions of a brighter future such as the Home of Tomorrow exhibit and a range of concept cars from most of the major manufacturers. The Burlington Route railroad brought its streamlined Zephyr to the show and Union Pacific displayed its M-10000 train. Most of the pavilions were designed by an in-house team of local architects with a brief to avoid pastiche and step boldly into the glorious future. One exception was the General Motors Pavilion which was the work of favoured GM architect, Albert Kahn. In line with the theatricality of Urban’s colour scheme the buildings were planned for a short life and mostly constructed from plywood and Masonite, Sheetrock and Maizewood with profiled metal cladding. When the Fair closed the site was rapidly cleared and now functions as a city park. 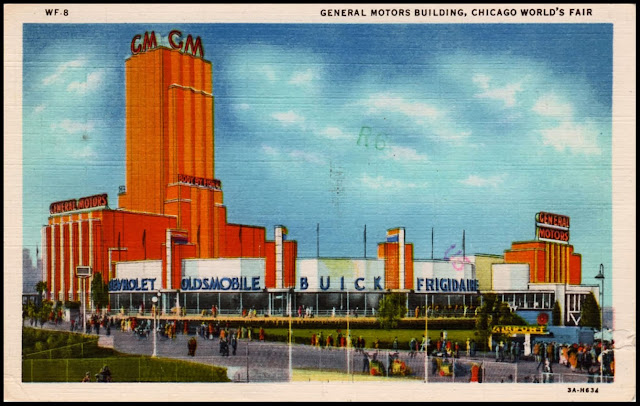 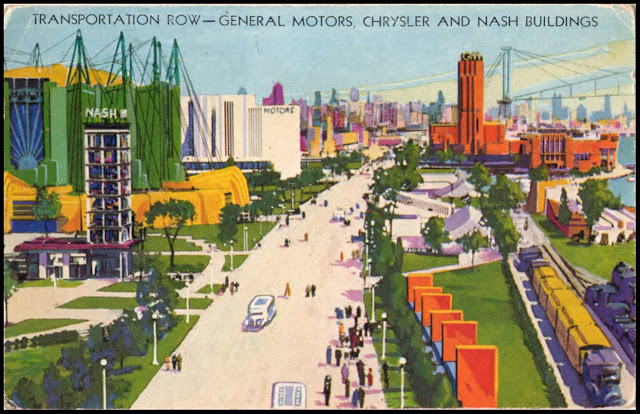 The advertising and postcard imagery comes from my collection, including the final souvenir card – one of many thousands for which visitors must have posed. Prohibition remained in force until December 1933, by which time the Fair had closed – so what was in the foaming glass? And whence came the Bonzo dog cut-out? Other cultural landmarks of 1933 included the debut of King Kong, the Lone Ranger and Disney’s Three Little Pigs, not to mention the opening of the first Krispy Kreme doughnut store. 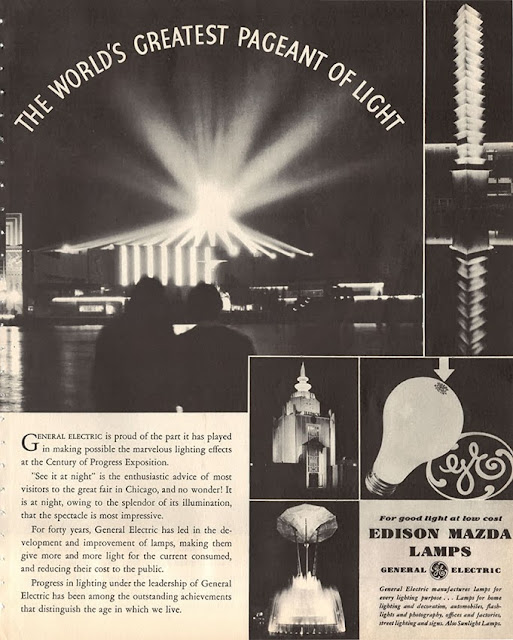 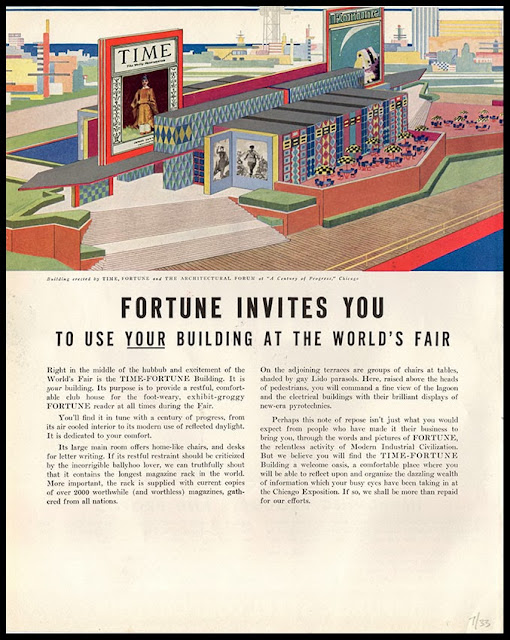 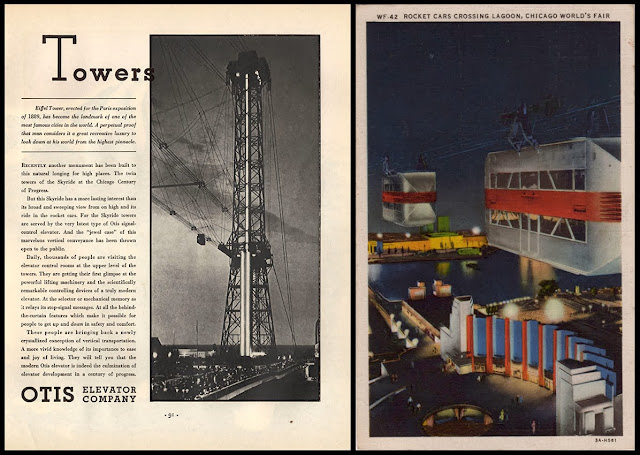 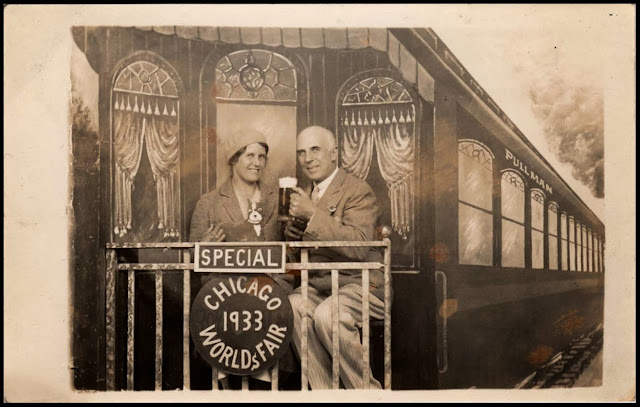 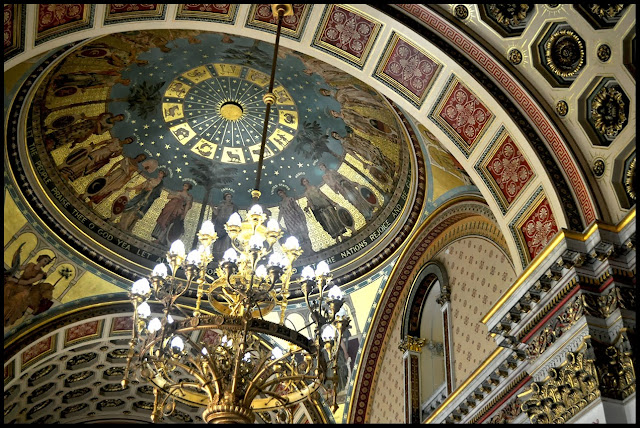 Another trip to Borisopolis, world capital of financial malpractice. The destination is the Foreign & Commonwealth Office (henceforth, the FCO), open to the great unwashed for just two precious days by virtue of the Open House London annual event. It’s big, but not huge – it’s not Versailles, it’s not the Winter Palace. The internal spaces are scaled-up to make an impression but not so large as to overwhelm. William Hague has recorded a comforting video welcome in his much-imitated South Yorkshire vowel sounds, assuring us that the FCO will keep us safe in a hostile world and stands ready to assist when we do stupid things abroad. 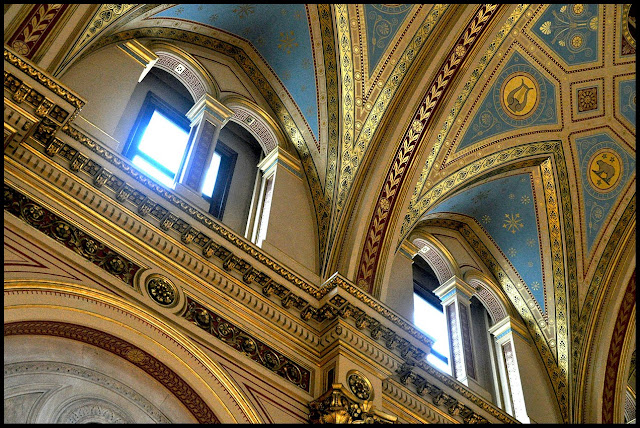 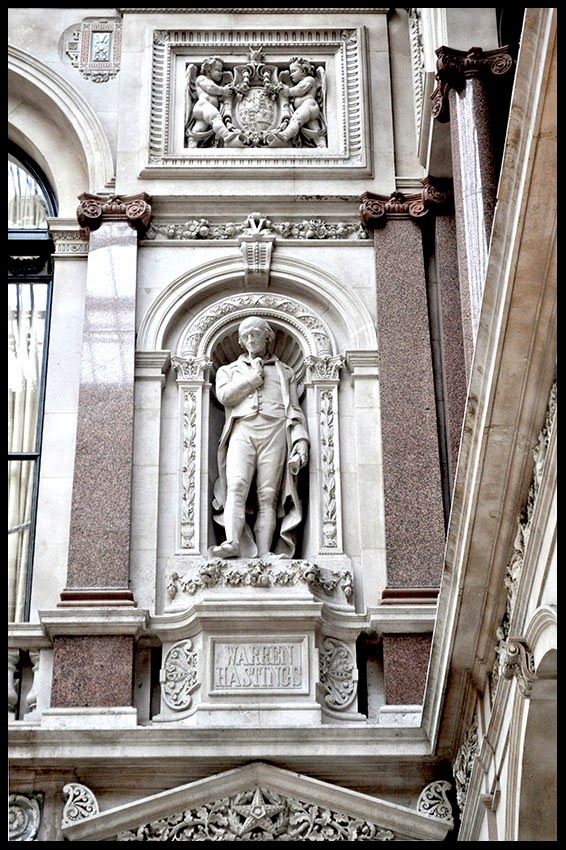 The reception rooms and ceremonial spaces are lavishly decorated – it’s easy to imagine the teams of highly skilled craft-workers applying paint, plaster and gold leaf, reminding us that this is part of a world that exists outside our normal experience or comprehension. The decorative schemes belong to a distant era but their painstaking preservation is indicative of the quality of permanence to which all national institutions aspire. These over-sized opulent salons with their profusion of exotic decor form the natural habitat of a higher order of species – the well-bred products of ancient families and exclusive seats of learning, instinctively at home in these surroundings where the rest of us are likely to become self-conscious mutes. 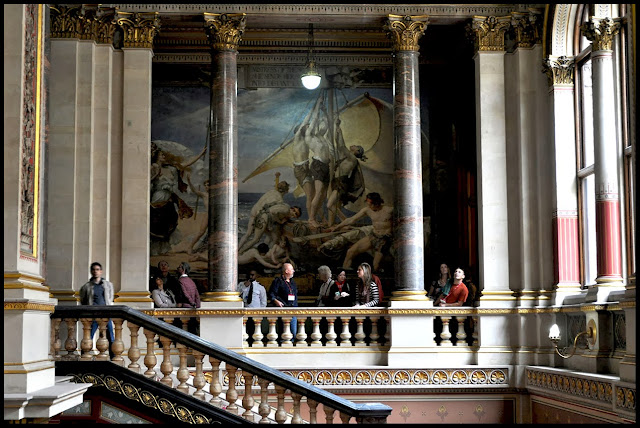 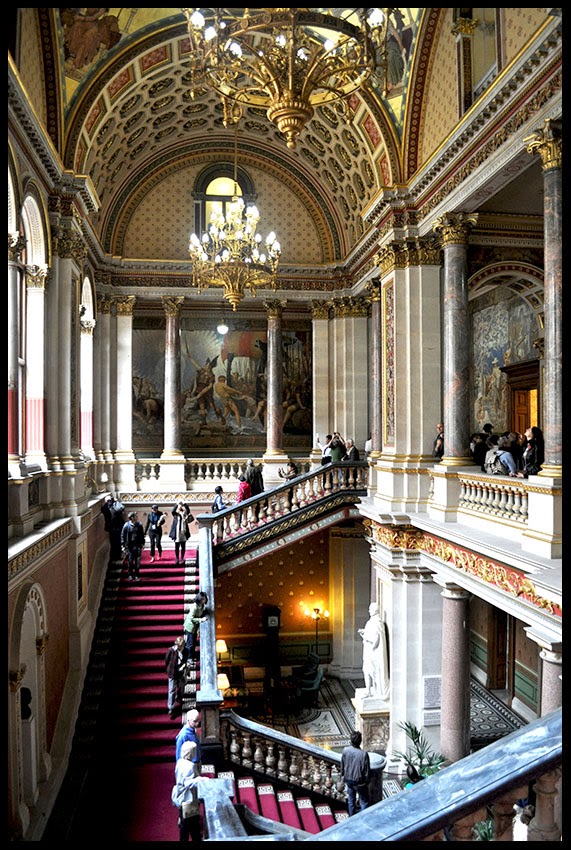 To enjoy the spectacle we must set aside these dissonant elements and just look at the stuff. The staircases are really special, designed to literally and metaphorically, raise the visitor to a higher level. Ceilings come alive with dazzling white plaster goddesses of plenty or head-spinning paintings and the visiting dignitary must maintain composure while navigating thickly carpeted steps with marble handrails and floors of polished stone and mosaic tile-work. Illustrious predecessors peer down from their stone-cold plinths and in the background murals (by Sigismund Goetze) celebrate Britain’s civilising influence on an often ungrateful world. 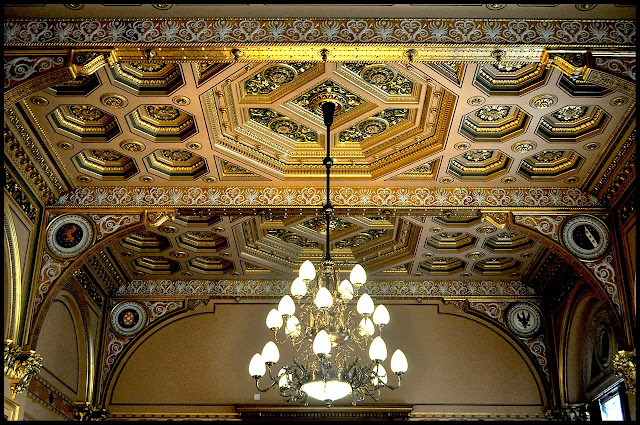 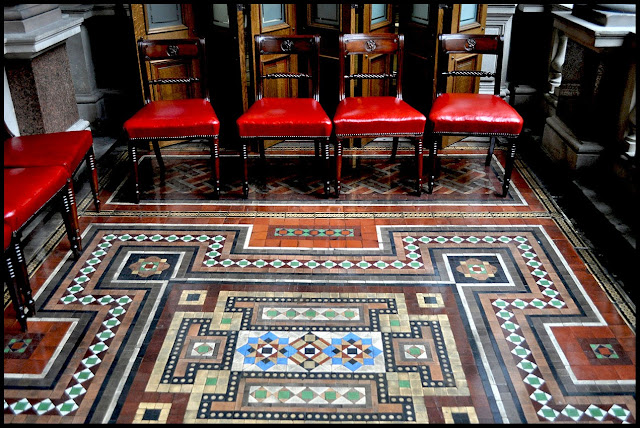 The beautifully proportioned façades of the Durbar Court in the former India Office remind us of the extraordinary extent to which the image of India haunted the Victorian imagination. Its enormous space groans under the weight of colonial associations and iconography. Embedded in the classical detailing are portrait busts of eminent colonials alternating with decorative, swagged tablets inscribed with the names of Indian cities and provinces together with full length figures of the great and good and smaller relief carvings of episodes from the Anglo-Indian narrative. 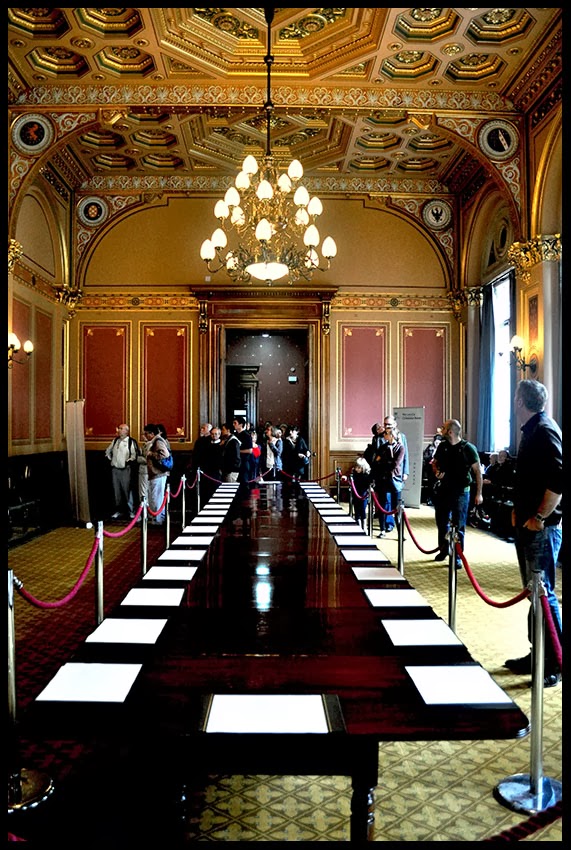 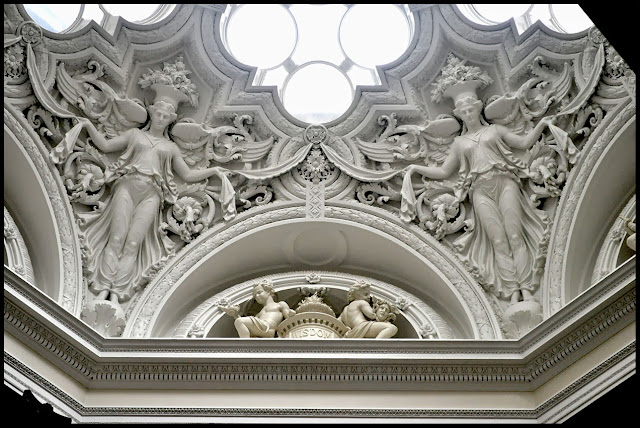 There was a plan to demolish the FCO in 1963 and a display of vintage photographs illustrated the state of decrepitude into which it had fallen by the early 1980s when a decision to renovate was taken. Somehow the images of peeling paint and collapsing ceilings come perilously close to inducing nostalgia for the days when British diplomats were either raffish Denholm Elliot-like characters, scripted by Graham Greene or pin-striped buffoons as portrayed by Richard Wattis. It would be comforting to conclude that a renovated FCO would lead to improved international relations but xenophobia remains undiminished as the nation’s default position. 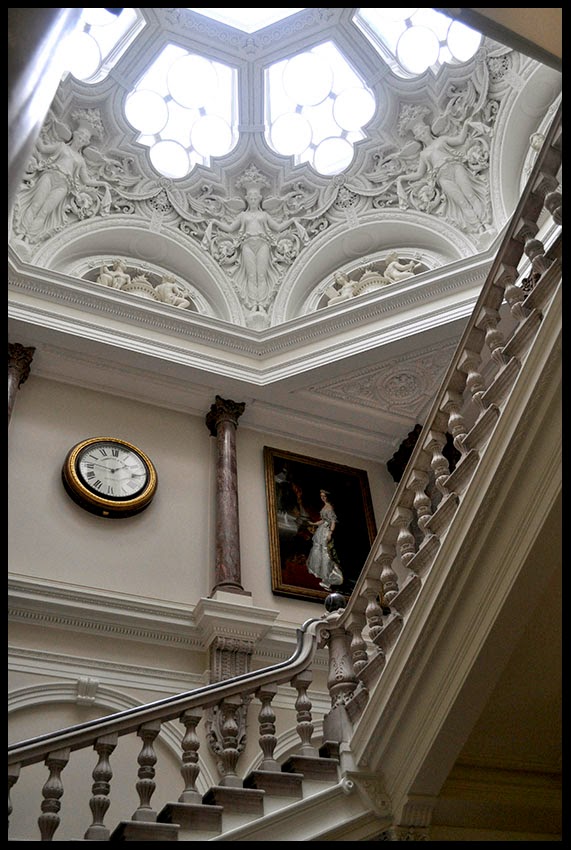 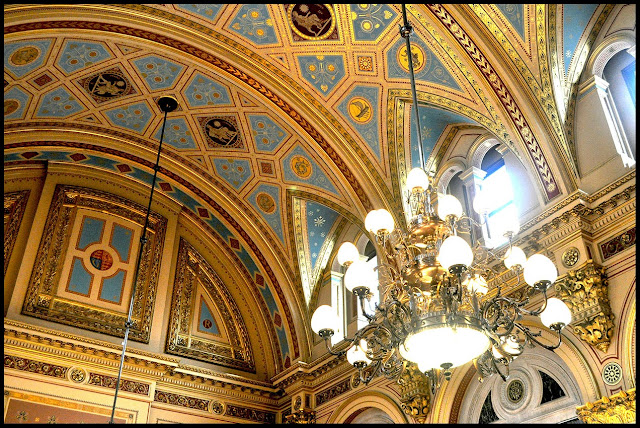 Not to be churlish, the extent to which the public could wander was generous, the bag-searching was courteous and the security was present but unobtrusive. Those who worked there took a genuine pride in their surroundings and seemed pleased to be sharing it with the public. It’s important to acknowledge this because one day, a hawk-eyed accountant, perhaps as yet unborn, will question whether, as a nation, we can continue to ask the hard-working taxpayer on a low income to contribute towards this sort of event catering to the curiosity of an arty and pretentious minority. After all, by declining to support this year’s Open House London, the London Borough of Bromley has saved the princely sum of £5,000 from a budget of £209 million in 2013-14. To put this in context, this is equivalent to someone earning £20,900 per annum trimming 50p off their annual expenditure. Depressingly, Barnet, Harrow and Kingston-on-Thames have done likewise. 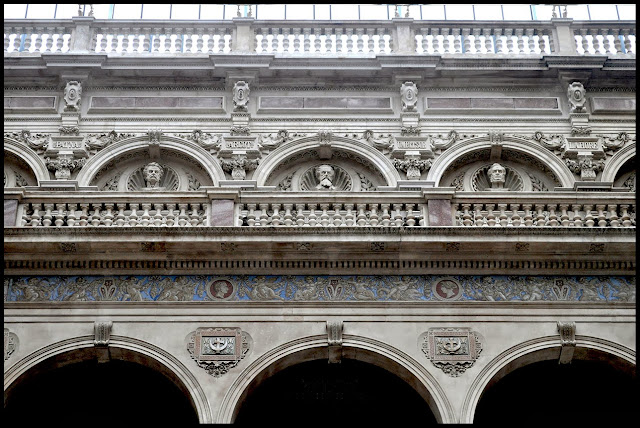 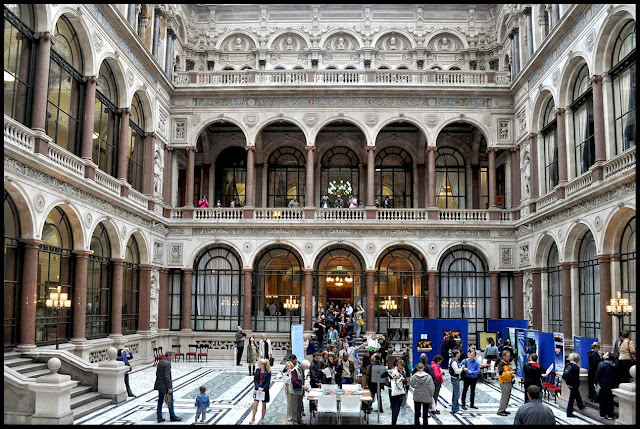 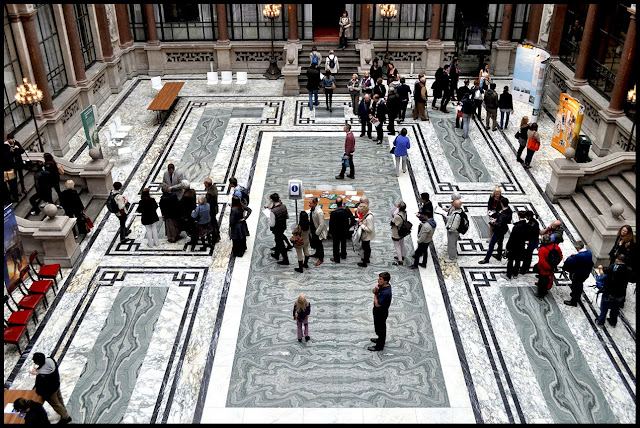