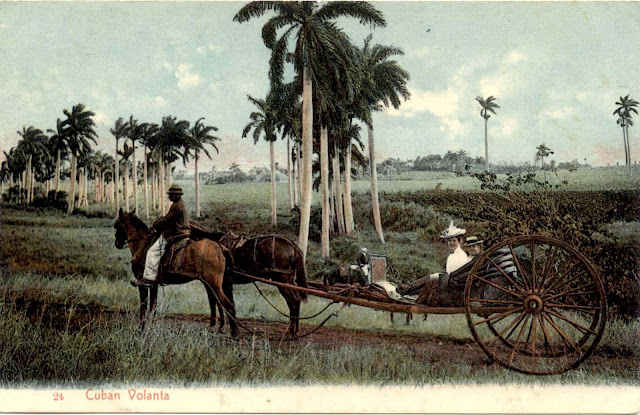 Postcards don’t offer much as a guide to great events but they can shed unexpected light on social conditions. This group of vintage cards is an unreliable guide to the turbulent island that formed the subject of The Crime of Cuba but the casual cruelty of the cockfight enthusiasts suggests a dubious moral climate. When we see a prospective client inspecting the merchandise through the iron bars of a brothel (disingenuously labelled as a Cuban courtship), it suggests a public acceptance of prostitution as just another economic activity without a moral dimension. The sugar and fruit growing industries are visible and remind us that poverty wages and harsh working conditions drove the social unrest that overthrew the Machado regime. Camagüey and Santiago de Cuba are among the towns that Walker Evans did not visit on his 1933 assignment. These cards give little impression of the major population centres they are today but on YouTube there’s a fascinating video that shows just how much of old Camagüey can still be seen today. 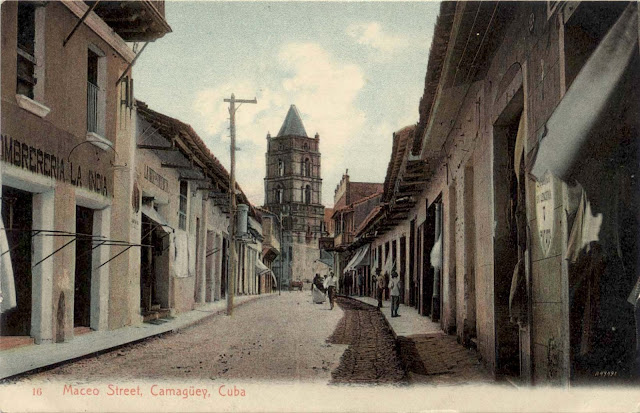 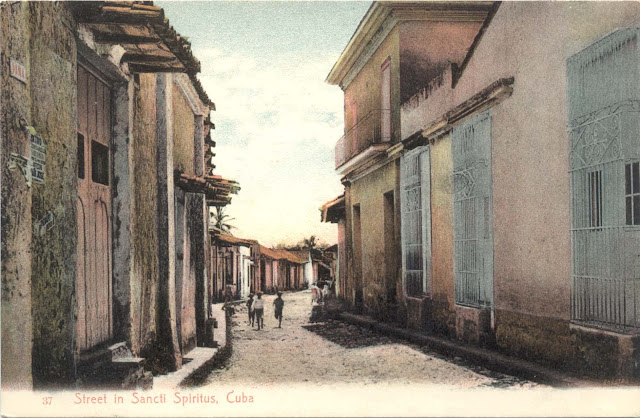 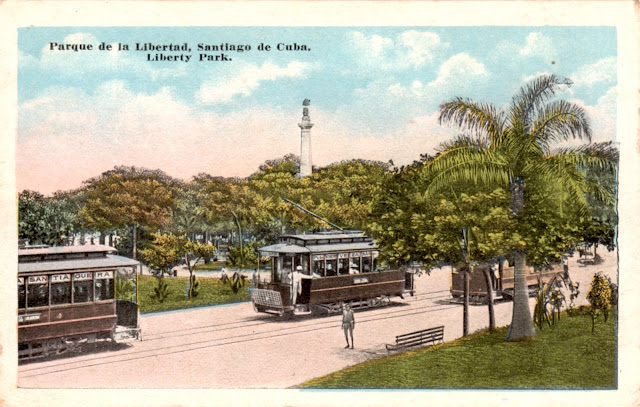 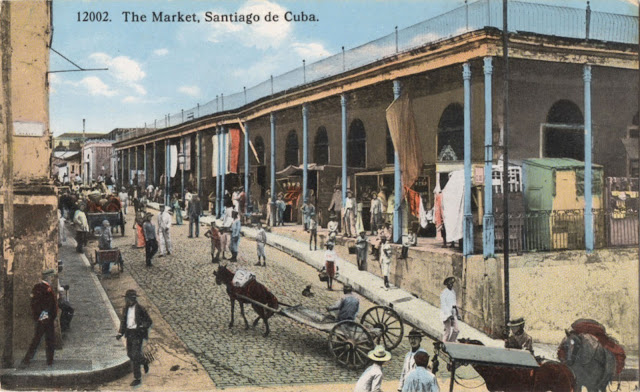 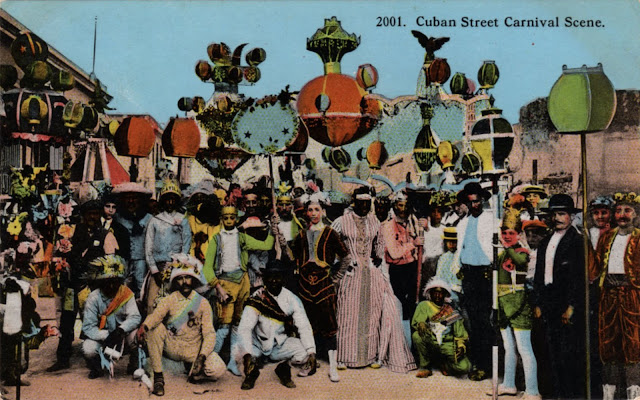 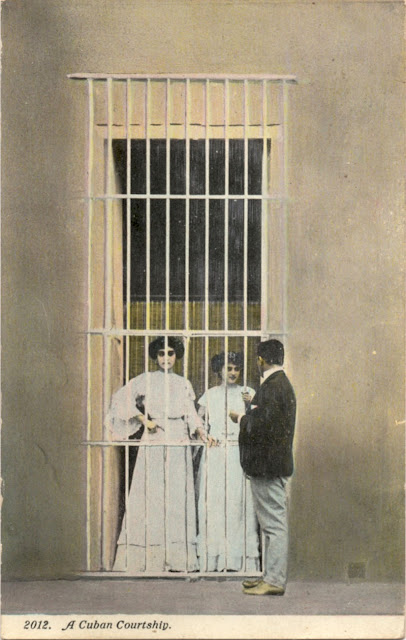 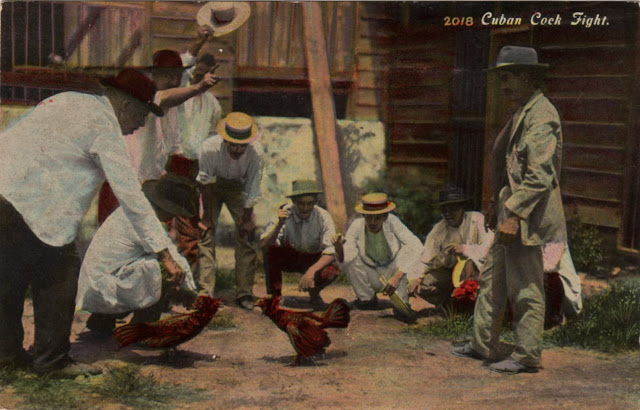 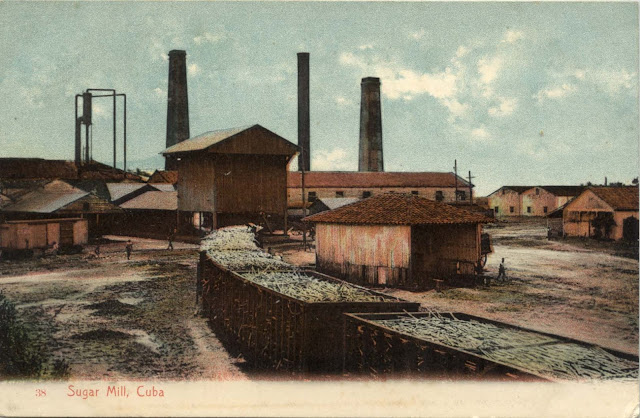 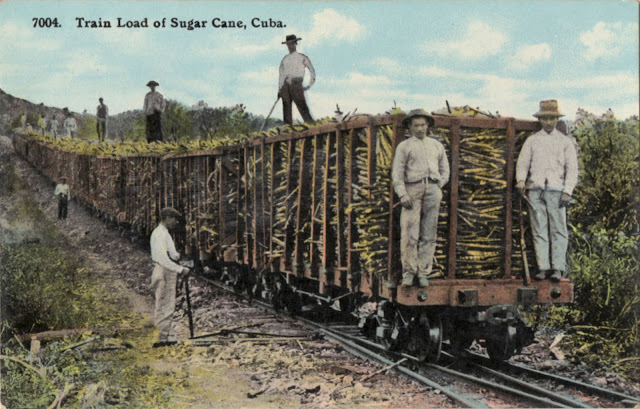 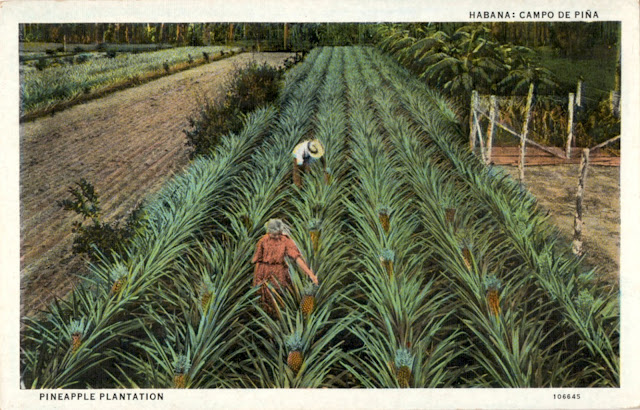 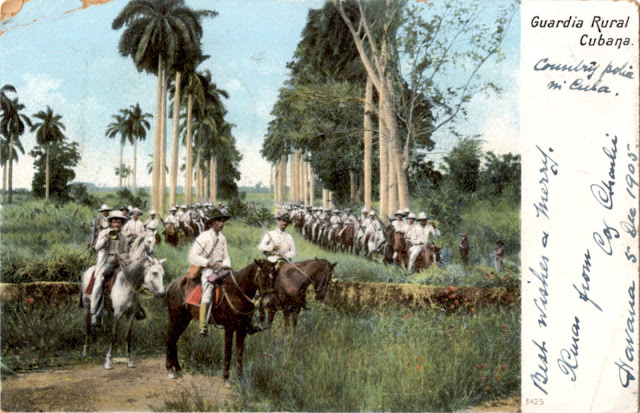 Posted by Phil Beard at Wednesday, February 27, 2019 No comments:

Off the Shelf: The Crime of Cuba 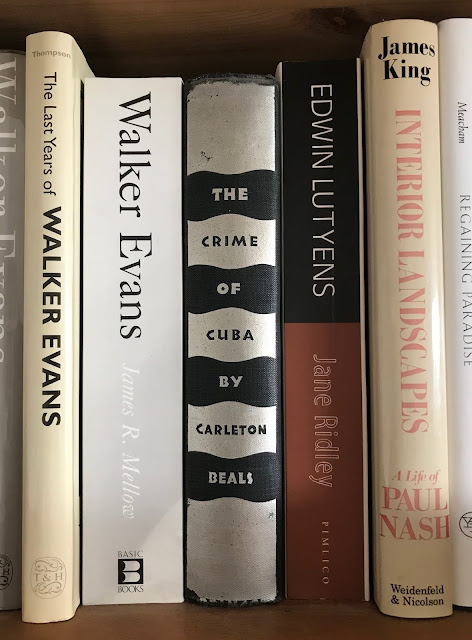 In the course of 50 years, Carleton Beals (1893–1979), wrote and published more than 50 books, many of them on Latin-American subjects. He never wavered in his support for left wing causes and in his latter years wrote in defence of Castro’s Cuban Revolution. Beals produced this book, The Crime of Cuba, in less than 3 months after a visit to Cuba in late 1932. It reads as an angry denunciation of American interference in the island’s politics and economy. Following an account of Cuba’s troubled history under Spanish rule and the virtual eradication of the indigenous population, Beals describes how the US government reserved the right to intervene militarily in the defence of “political order and private property” via the passage of the Platt Amendment in 1901 in the aftermath of the Spanish-American War. When Beals visited in 1932, the island was gripped by political unrest and violence as resistance mounted to the tyrannical rule of dictator, Gerardo Machado. The book presents a charge-sheet of Machado’s abuses of power, flagrant disregard for human rights and brutal campaign of intimidation and assassination directed against his political opponents in the press, the student movement and the trade unions. 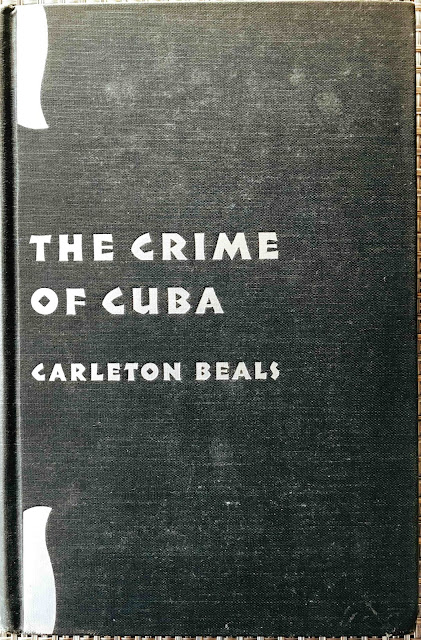 Beals’s book was to be published by Lippincott in summer 1933. A senior editor at the publisher, Ernestine Evans, recommended Walker Evans to provide some photographic content. Despite being short of both work and cash, Evans presented a surly and truculent face to Beals on the occasion of their one and only meeting, insisting that his photos should be bound in at the end of the text in a sequence to be determined by him. Evans spent 3 weeks in Havana, taking photographs and hanging out with Ernest Hemingway, who co-opted Evans as his nightly drinking partner. More than 400 photos were taken, from which Evans selected 64 for submission to the publisher. He indicated a group of 31 for publication. Although Evans as a Manhattan bohemian was often in the company of Marxists and Communist party members, he was no radical. Fastidious to a point, he would always hold himself apart from progressive politics, which made him a curious choice for this assignment. On the streets of Havana, Evans could not escape the evidence of the brutality of the Machado regime, but he refrained from making it the central point of his photography. What he ended up with was something he was much more comfortable with – a rich portrait of the vitality of the city’s street life. Poverty and deprivation were part of that portrait, and presented with the studied neutrality that Evans brought to all his work. For the most part, Evans was drawn to subjects that had preoccupied him back in New York – detailed scrutiny of the built environment, outdoor advertising, hand painted signage, street traders and sidewalk compositions with figures. Portrait subjects were mostly dock workers, sex workers and street people. A minority of photos were taken in the suburbs and surrounding small towns and illustrated the ubiquitous dilapidation and decay, once the faded grandeur of the Baroque city centre was left behind. 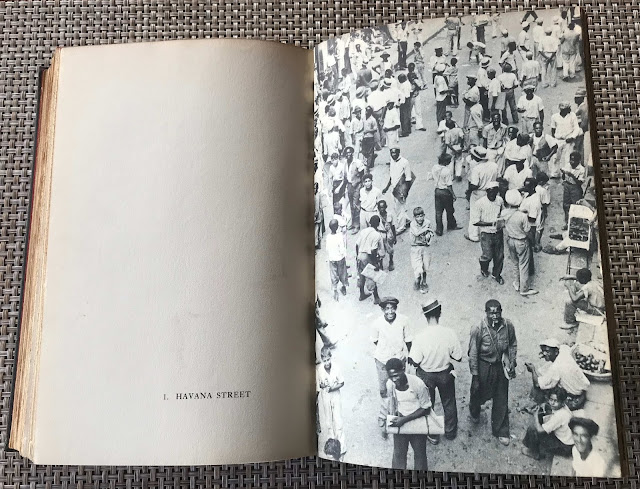 By the time The Crime of Cuba was published on August 17th. 1933, Machado’s grip on power was ended – he fled into exile on August 12th. His excesses were no longer acceptable to the US government who brokered his removal from offices. Ever the optimist, the artist Ben Shahn (longtime friend of Evans) predicted a victory for the proletariat in post-Machado Cuba. It was Evans who would be proved correct when he predicted an increase in comfort for the bourgeoisie and intelligentsia and nothing for the proletariat. As for the book – it contained 31 of Evans’s photos plus 3 that he selected from local newspaper archives in Havana and by their content and location at the back of the book, they formed a tonal counterpoint to Beals’s polemic, while providing a context for the political and social drama that Beals was describing. For Evans, the experience would serve as a rehearsal for his contribution to Let Us Now Praise Famous Men in 1941, where his photographs would again occupy their own exclusive space, only this time they would appear at the front of the book. 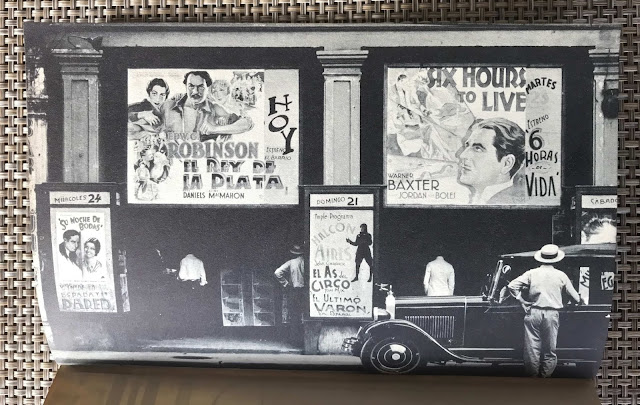 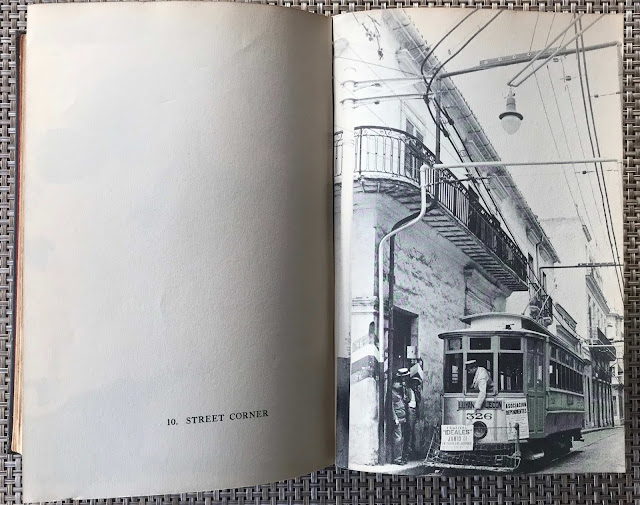 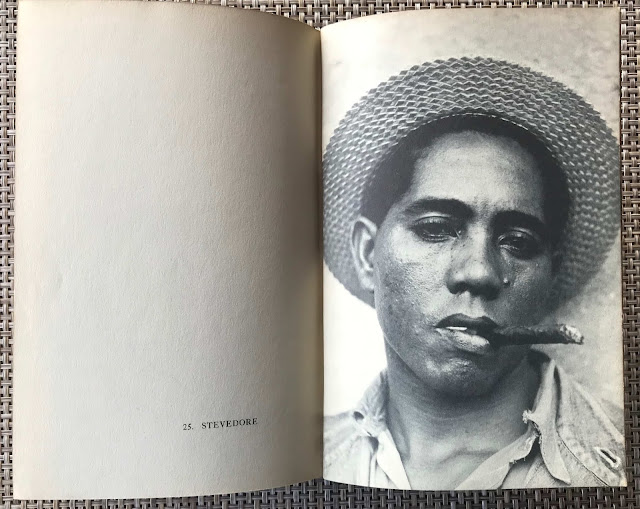 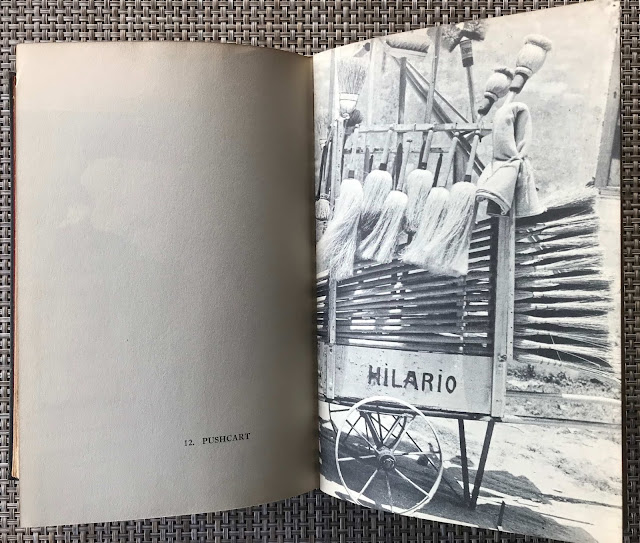