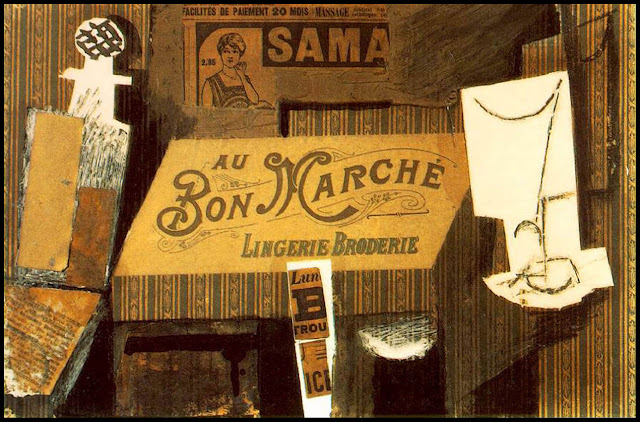 One day towards the end of 1912 Picasso, in his new studio on boulevard Raspail, got hold of a display card or label from the Lingerie department at Bon Marché that would form the centrepiece of a papier collée together with an assortment of striped wallpaper and some advertising for la Samaritaine store clipped from Le Journal dated January 25th. 1913. Drawn and painted elements were also added with a wine glass on the right and a carafe on the left. For several months Braque and Picasso had become increasingly preoccupied with extending the vocabulary of Cubism with the addition of more and more collaged material from the world of interior design, print and publicity. When completed in the spring of 1913 the finished work (now in the Suermondt-Ludwig-Museum, Aachen) would measure a compact 24 by 36 cm. and later generations of hawk-eyed art historians, undeceived by the deceptively casual composition and apparently randomly sourced material, would look beyond the formal qualities and begin uncovering layers of concealed meaning. Some saw a critique of bourgeois consumer culture in the references to the city’s most prominent department stores. Others were more impressed by the sexual innuendo, finding sly allusions to prostitution and female genitalia – the artist with a dirty mind, an accolade frequently bestowed on the Catalan collagist. 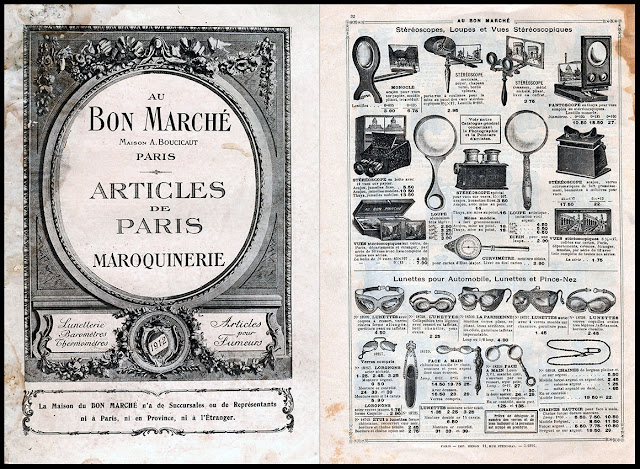 All these interpretations carry some weight but the formal picture-making qualities and the games played with spatial illusion and perception would seem to come first. Visual ambiguity was second nature to Picasso and manipulating collaged elements was a speedy way to explore alternate modes of description and if the materials themselves, by association, spiced things up with humour or satire then so much the better. Below we have a selection of items from the 1912 Bon Marché leather goods catalogue, conventionally and unimaginatively represented in meticulous line drawings. Mass-produced goods, neither luxuries nor essentials, they reflect a middle-class taste that would have little appeal for the bande à Picasso. It’s not easy to imagine Picasso dragging one of these compendious travel cases aboard the train for Avignon and Céret. Like most of his contemporaries Picasso sent a lot of postcards to his acquaintances – of the ones he received, many have survived in the archive of the Musée Picasso but lovingly collecting them into albums would have seemed ridiculous. As an infamous voyeur the only objects on offer in these pages to tempt Picasso would have been the binoculars. 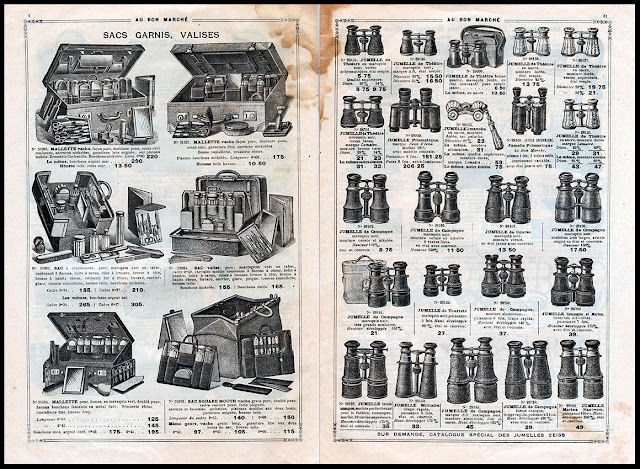 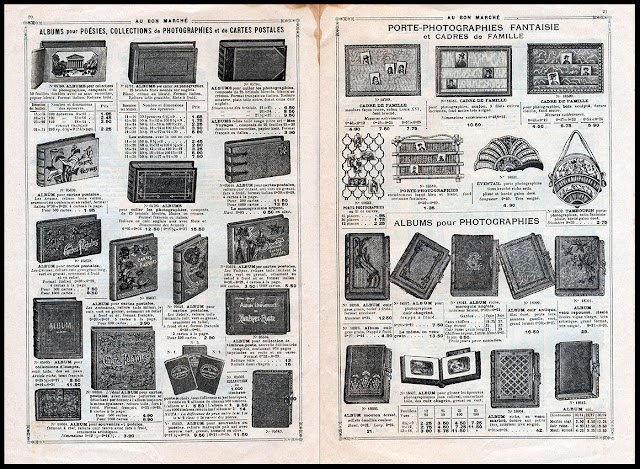 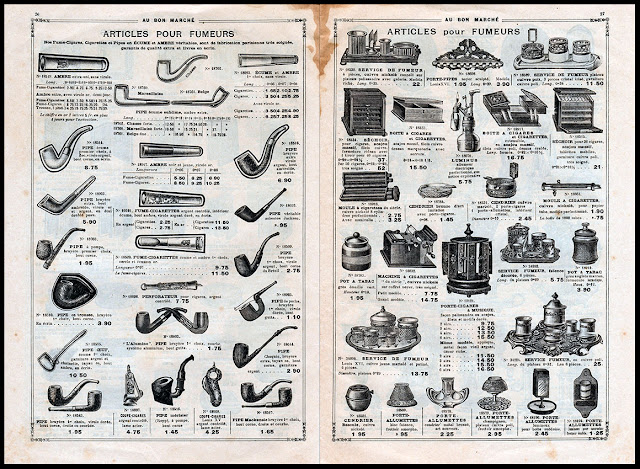 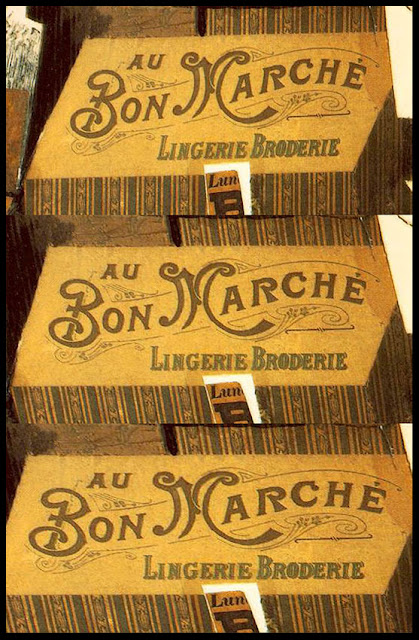