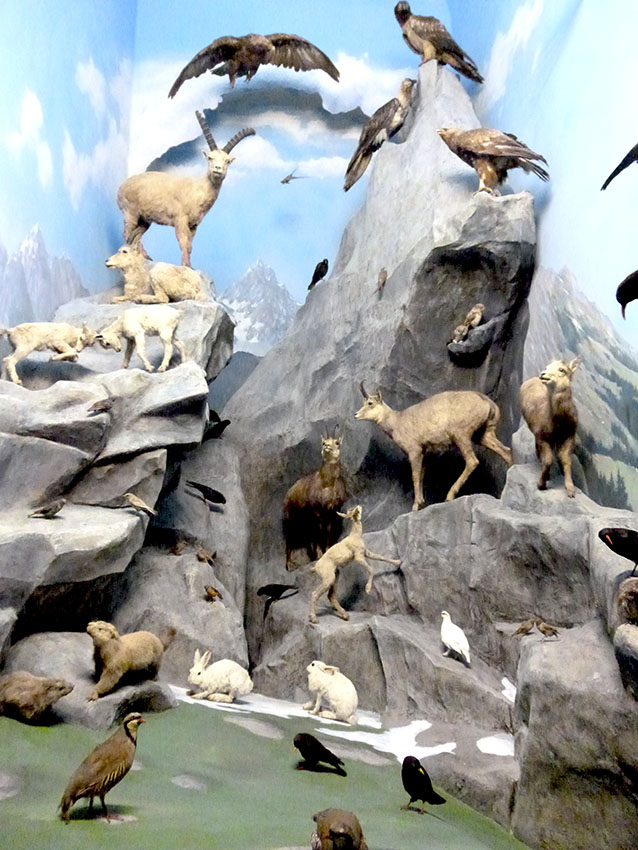 The Hessisches Landesmuseum in Darmstadt houses a great and disparate variety of collections, bringing together areas of interest that are normally widely dispersed. It includes a large collection of paintings from the 13th. to the 20th. century, a comprehensive display of fossils from the Grube Messel, classical and Egyptian antiquities, Jugendstil arts and crafts, contemporary German art, Europe’s largest public collection of the work of Joseph Beuys (Block Beuys) and a natural history museum that includes one of Europe’s oldest and finest sequence of zoological dioramas. 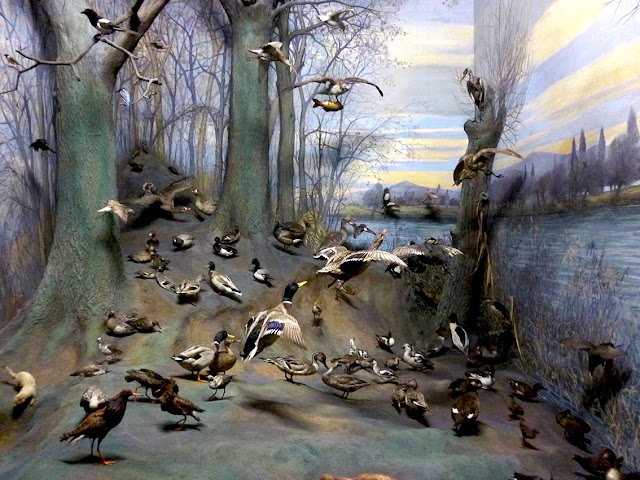 The Darmstadt dioramas date from 1904 to 1910 and were the work of Gottlieb von Koch (curator of zoology) and Karl Küsthardt (taxidermist). Over a thousand specimens are displayed in ten dioramas, each populated by a specific region or continent. Generic local environments were simulated with landscape reconstructions, casts of trees and natural forms in front of painted scenes. Much hemp, plaster and chicken-wire was consumed in the process. Conservation has always been a challenge and by the time the museum closed in 2006 for an extended period of refurbishment, every single specimen exhibited evidence of pest infestation. Each item spent two periods of four weeks in a Thermo-King container at -35°C – the first to kill off the pests, the second to destroy any surviving cold-resistant clusters of eggs. In reassembling the displays a conservative restoration strategy was employed to ensure that as far as possible their value as historic records of categorisation and selection priorities remained unimpaired. 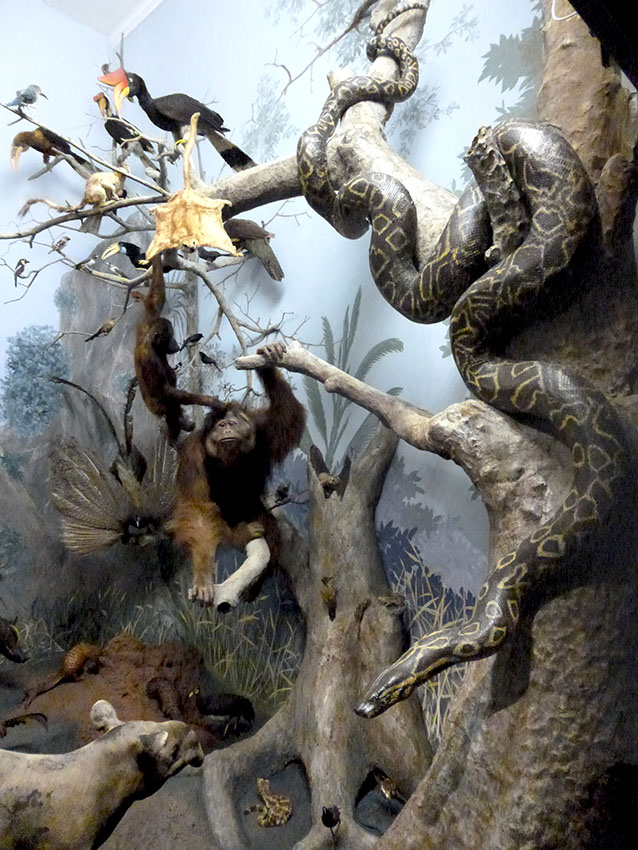 For the idle and uninformed observer such as myself the charm of these dioramas is the window they provide into past ways of thinking about the natural world. The sense of wonder they generated in the early decades of the last century has not been entirely diluted by contemporary familiarity with high-definition digital imagery. Indeed in a visual culture that has normalised the Surrealist appetite for the bizarre, the appeal is enhanced when we contemplate the strange and unfeasible combinations of life-forms arranged into unlikely co-existence in confined spaces. As my old friend Chris Mullen put it – where else does the ferret lie down with the Foo Foo bird? 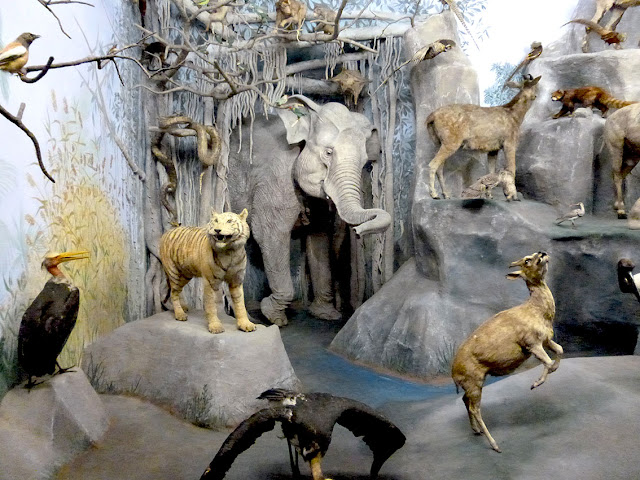 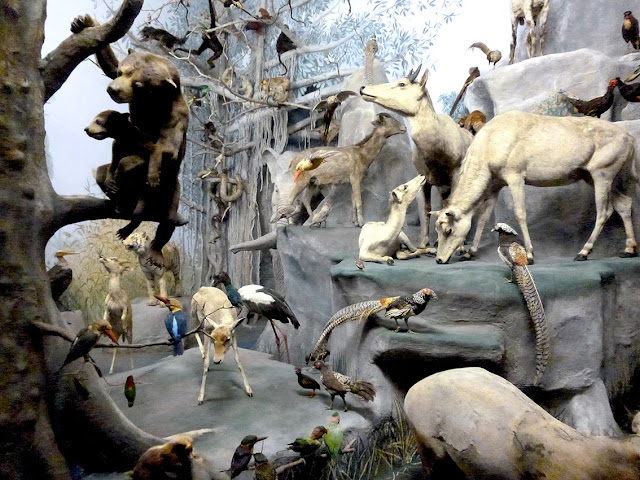 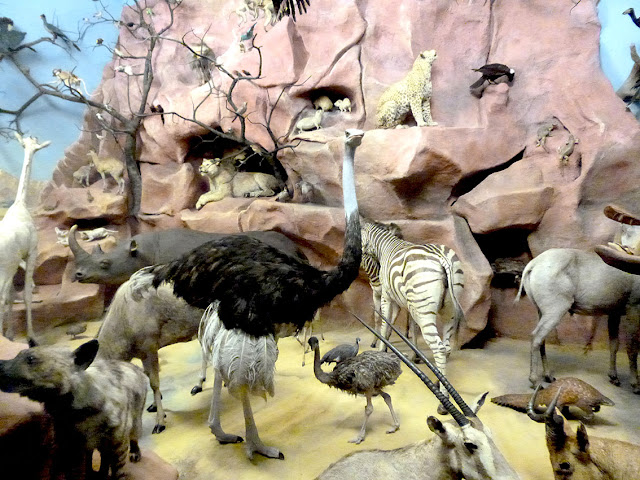 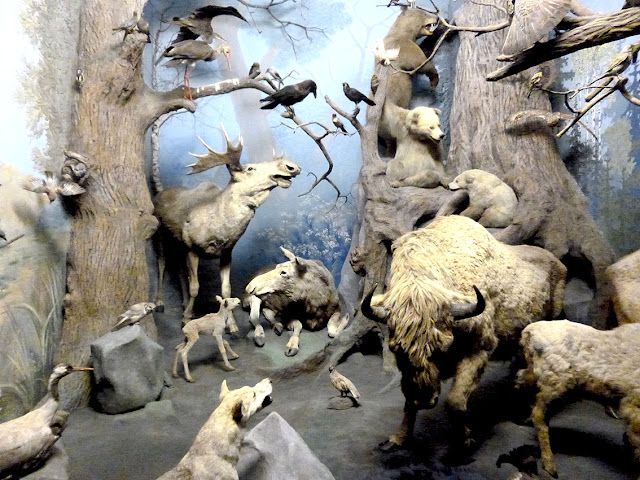 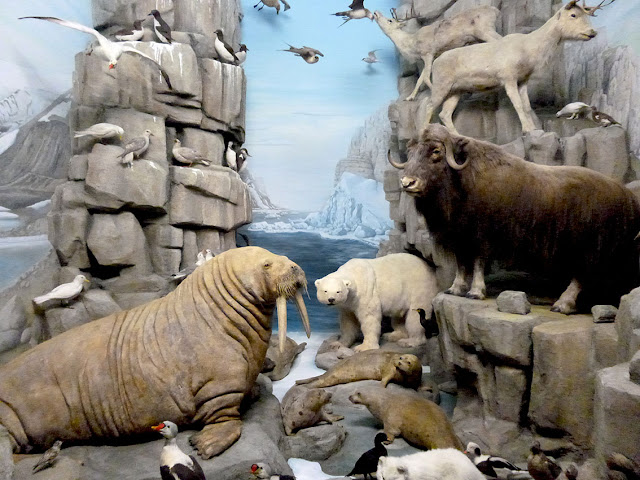 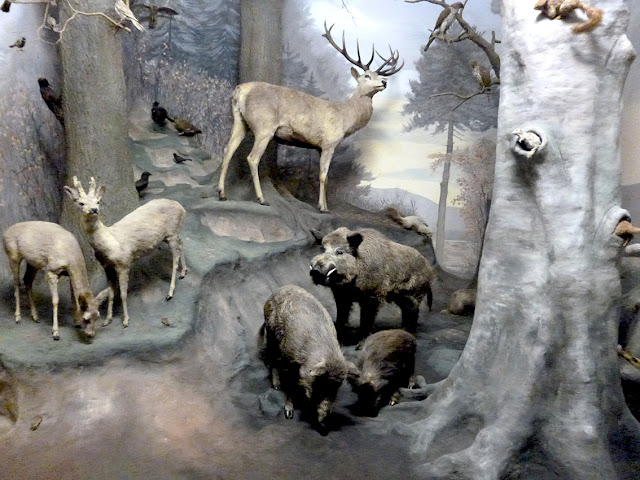 Past and Present No. 9: Frankfurt Hauptbahnhof 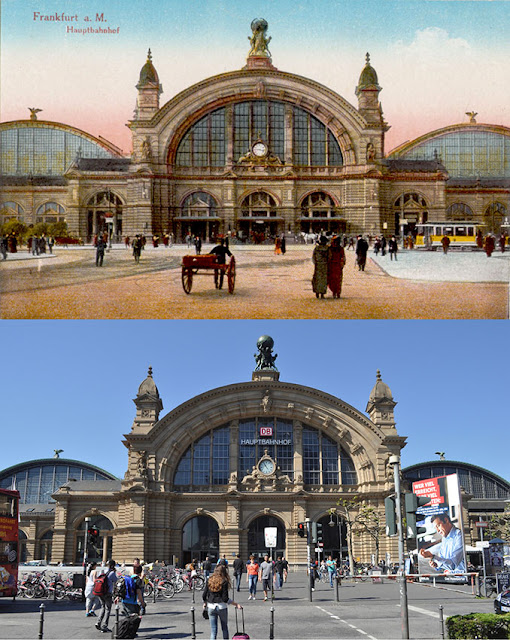 Two images of Frankfurt Hauptbahnhof a century apart revealing a remarkably well preserved façade on a grandiose building completed in 1888 after nine years in construction. The mighty Atlas still struggles to support the globe even with the assistance of Iron and Steam. Two more photographs taken on the platform of this monumental terminus under the vast uninterrupted canopy of glass and cast-iron of which this is the second of three. The station largely escaped wartime bombing and its imperial grandeur survives unimpaired. A major operational inconvenience is the fact that through trains must reverse out of the station to resume their journeys, occupying track space that could be used more efficiently. An unintended consequence of the 19th. century civic leaders of Frankfurt believing their city to be everyone else’s ultimate destination. 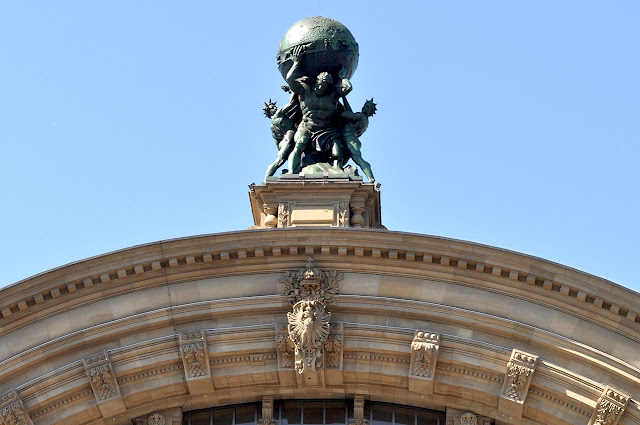 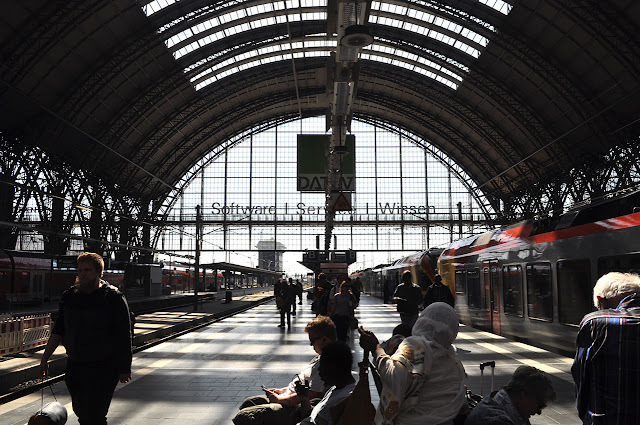 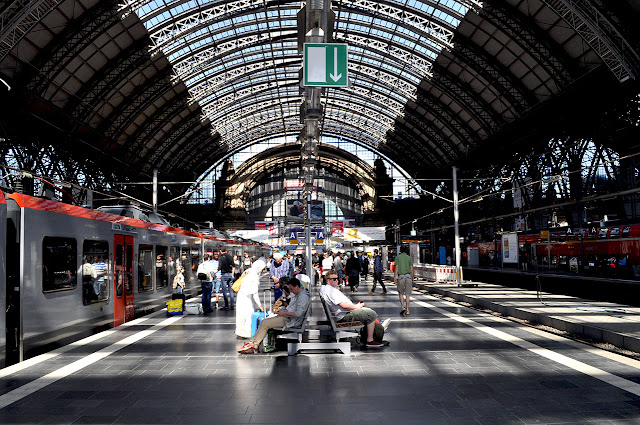