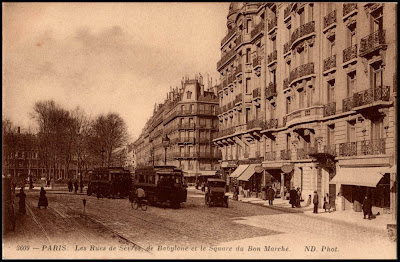 Construction of the Bon Marché department store began in 1869 and continued in various stages of expansion until completion in 1887 by which time it occupied 52,800 square metres. The principle architect was Louis-Auguste Boileau (1812-96) with the assistance of structural engineer, Gustave Eiffel. Eiffel was responsible for the internal framework of cast iron and the glazing calculated to provide maximum illumination for the goods on display. An interlinked series of central courts and enormous skylights supported on slender columns projected daylight all the way to the ground floor from which a series of elaborately decorated staircases climbed to the upper galleries providing the customer with an ever mounting sense of theatrical expectation. Boileau designed the outer shell, façades and floor plans. Between them they made an architectural statement that placed the store at the forefront of building technology and symbolised the ambitions of Aristide Boucicaut, the founder. As well as selling floors, provision was made for back office functions, the reception of stock and the packing and dispatch of customer orders. This was the most ambitious master plan for a modern department store anywhere and the concentration on management efficiency, staff supervision and publicity would ensure that Bon Marché would quickly leave its competitors far behind. It would be a store for the emerging age of mass production and the consumer culture that grew up in step with it. 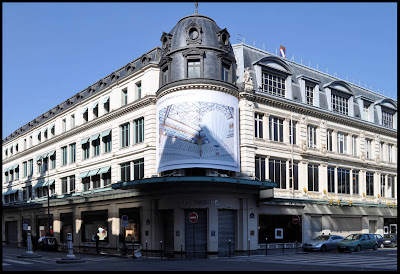 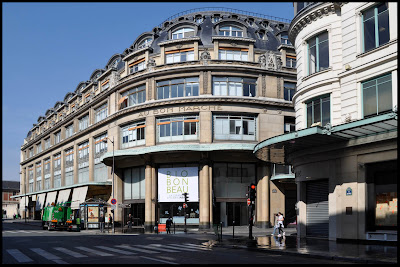 Louis-Auguste Boileau was the founder of an architectural dynasty comprising his son, Louis-Charles Boileau (1837-1914) and grandson, Louis-Hippolyte Boileau (1878-1948) both of whom were involved in subsequent phases of the store’s development. Much confusion exists over which of the elder Boileaus worked alongside Eiffel in the 1870s and a definitive source is not easily found. There is agreement that the grandson, Louis-Hippolyte, was responsible for the second major building on rue de Sèvres in 1920-23 in what is often described as an Art Deco style. There is a hint of the ocean liner about the receding profile and extended curve of the façade but the retention of various Beaux-arts mannerisms dilutes the effect although it does have the merit of relating to the original next door. 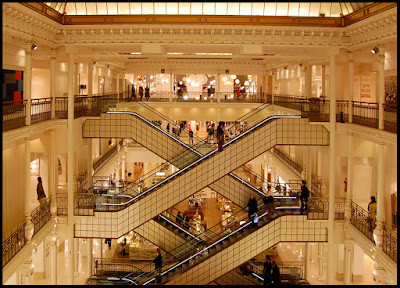 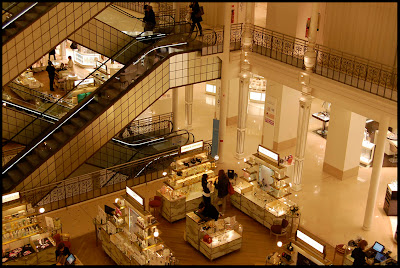 The great glass and iron interior was lost when the original store was destroyed by fire in 1915. When rebuilt the exterior was a close relative of the original but the new interior was much more conventional and left nothing of the spectacular original to be seen. There remains a central atrium with smartly clad escalators connecting all the floors. The glossy trim seems in keeping with the corporate values of the present owners, luxury goods conglomerate, LVMH (Moët Hennessy • Louis Vuitton) with its massive portfolio of aspirational brands. Today’s store seems awkwardly poised between its mass market traditions and the instinctive exclusivity of the present owner. Seriously high-end products can’t be seen alongside price sensitive mass market goods without something being lost. Modern marketing practice has saturated consumers in the rhetoric of exclusivity to the point of nausea but the messages will never go away as long as feeble-minded customers with status anxiety are willing to pay premium prices to associate themselves with luxury labels and buy their way into the basement of dreams. 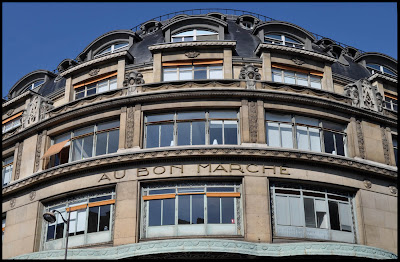 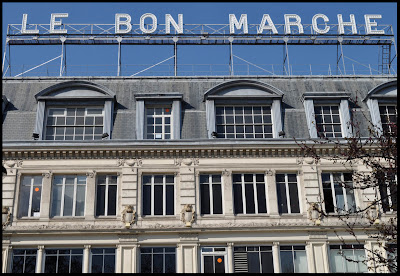