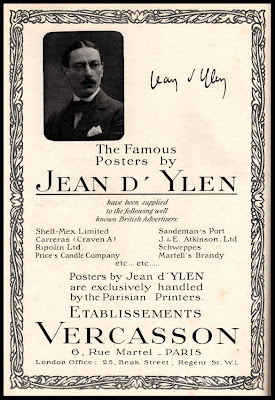 Confident, business-like and serious minded – there’s nothing remotely Bohemian about the image that Jean d’Ylen projects here to prospective clients in the pages of Commercial Art magazine in 1926. Biographical details are scant (even his date of birth is given variously as 1866 and 1886*) but it has been claimed that he was a pupil of the great Cappiello – that would make perfect sense. D’Ylen’s mastery of the art of flamboyant product personification is clearly derived from Cappiello’s animated and exotic imagery. According to Jack Rennert (in The Posters of Leonetto Cappiello, New York, 2004) , d’Ylen succeeded Cappiello as the favoured house artist at Pierre Vercasson’s printing shop in Paris in 1922. The lack of biographical information is puzzling given his enormous success, in both France and England (where he had an impressive list of clients) and the enduring popularity of his images which are extensively marketed on-line at AllPosters and the like. This small sample of his prolific output comes from the pages of Posters and their Designers (Special Autumn Number of The Studio, 1924) in which d’Ylen’s posters took pride of place suggesting that his reputation was at its peak. Modernism and its stepchild, Art Deco, in the persons of Cassandre, Jean Carlu, Paul Colin and Charles Loupot would sweep away poster designing in the grand manner and within a decade these examples would appear overblown and anachronistic. 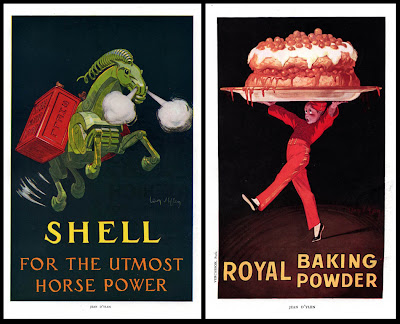 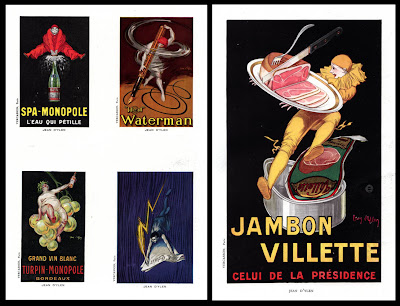