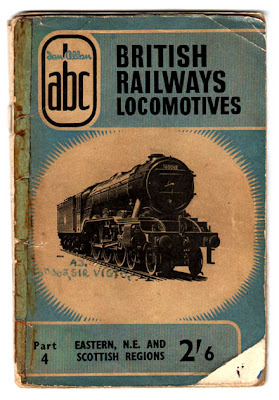 To follow up yesterday’s item about Ian Allan ABC books, here’s an excellent example of the kind of rough treatment which collectors find so off-putting. This scruffy relic is, I must admit, all my own work. Carefully underlined with ruler and fountain pen and annotated in code to record where each loco was first sighted. In appearance it is oddly reminiscent of prison cell walls where generations of inmates have recorded the infinitesimally slow progress of time incarcerated. As for the locomotives, almost all were destroyed by the end of the 1960’s as the nation’s railways were routinely convulsed, first by a ruthless programme of line closures and then by a single minded crusade to eliminate steam power in favour of diesel traction. 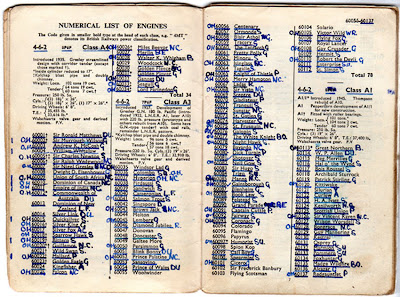