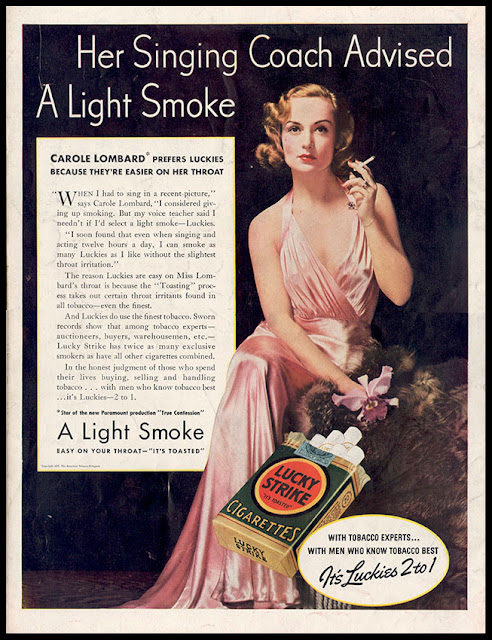 The American Tobacco Company (manufacturers of the Lucky Strike cigarette brand), unhappy at trailing Camel cigarettes in public popularity turned to Edward Bernays (nephew of Sigmund Freud and the father of the public relations industry) to revitalise their product and encourage female smoking. Bernays pursued his target with two strategies. The first was to overcome the female inhibition about smoking outdoors by breeding the confidence to light up anytime and anywhere on equal terms with men. In 1929 Bernays hired a small army of glamour models to march in the New York City Easter Parade flagrantly and imperiously smoking Lucky Strikes in full view of the assembled public. The subsequent press coverage of this transgressive event was a classic instance of the publicity that money cannot buy. 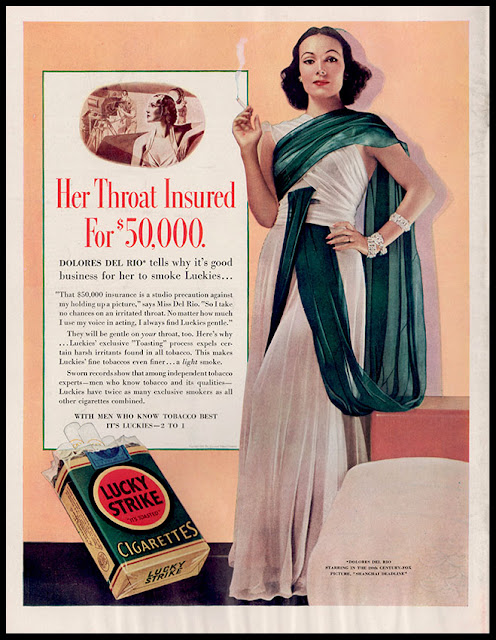 The second strategy was to promote cigarette smoking on the cinema screen by circulating directors and producers with handy guides to the wide range of dramatic possibilities that can be enhanced by the imaginative deployment of a cigarette in the hands or mouths of the cast. Bernays understood that cinema audiences could be depended on to imitate what they saw on screen and obediently smoke their way through moments of emotional stress and tension. Bernays called this process, engineering consent. This was the era of the green Lucky Strike pack and one of Bernays’s greatest concerns was that the female smoker, endowed by nature with a superior sense of colour relationships, might be put off by the shade of green, finding it clashing with their favoured choice of tones and shades. Much energy was expended on a campaign to persuade the couture industry of the wondrous potential of green as a high fashion colour to little effect. The green neurosis persisted until 1941 when Raymond Loewy designed the white pack with the famous target on both front and back. The advertisers congratulated themselves on having doubled the publicity potential of the pack without spending an additional cent. 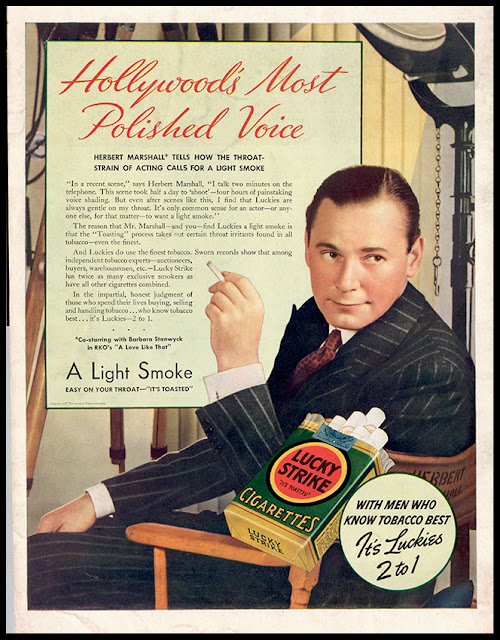 The services of Hollywood stars were always available if the price was right and copywriters carefully crafted the form of words that would help seal the deal with smokers. The comforting fiction that nationally recognised figures from the movies, with their enormous disposable incomes could find nothing better than Lucky Strike placed them, for an instant, on an equal footing with their audience. Every actor had a similar story to tell – without Lucky Strike they could never have survived their punishing work schedule or maintained the expressive tones of their all-important voices. Most participants cultivated a frosty air of hauteur – only a few deigned to look with favour on their admirers but they all agreed that nothing eased throat irritation more effectively than a cigarette. 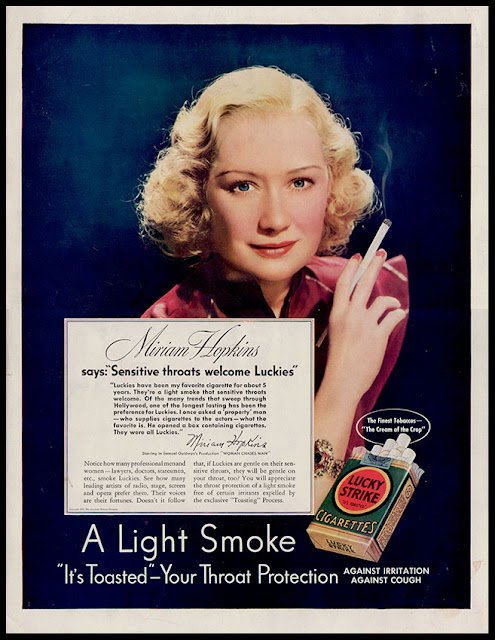 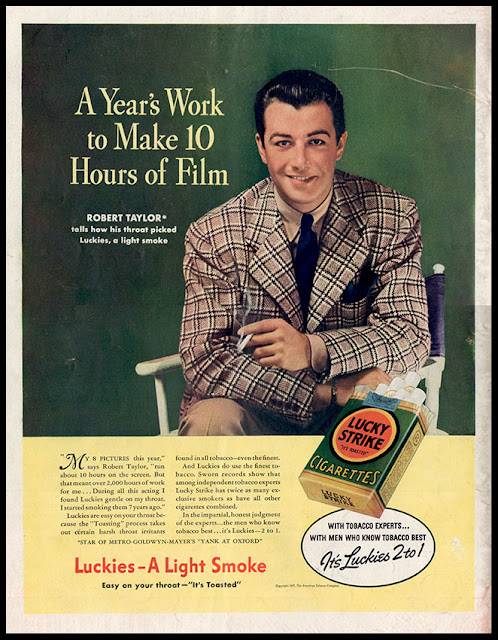 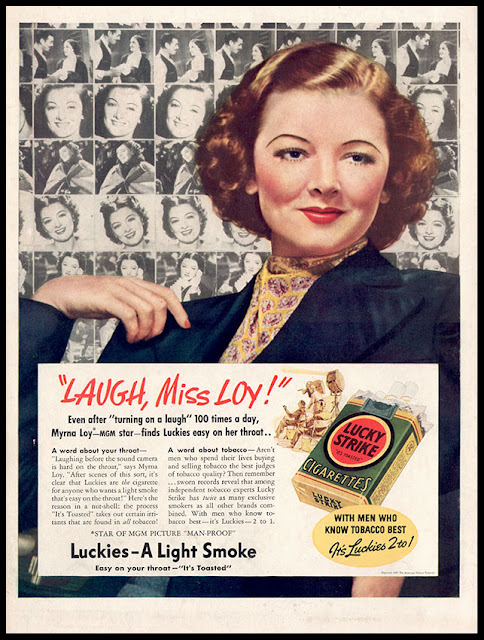 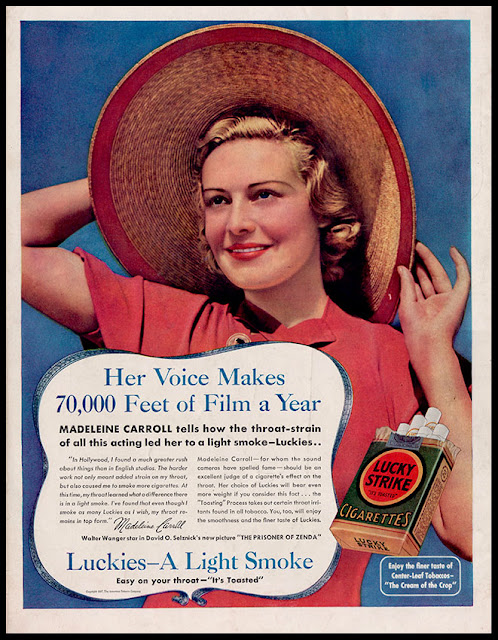