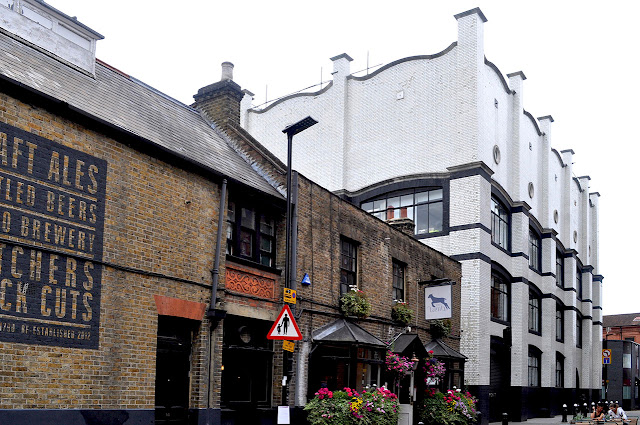 C F Voysey has a long list of distinguished detached houses in the Arts & Crafts style to his name. As a devoted disciple of Pugin and the English Gothic Tradition and an assiduous follower of Ruskin’s bracing fundamentalism he would seem an unlikely candidate for an industrial commission. But Voysey had an active side-line in textile and wallpaper design and a genuine flair for sinuously elegant repeating patterns derived from close study of natural forms. Arthur Sanderson & Sons was the leading producer of high quality textiles and wallpapers and Harold Sanderson had employed the services of Voysey to design a summer-house. Not soon after, Voysey was chosen to design new factory premises adjacent to an existing factory in Chiswick, West London. As built in 1902 the Voysey factory was linked to the old building by a covered passage at third floor level. 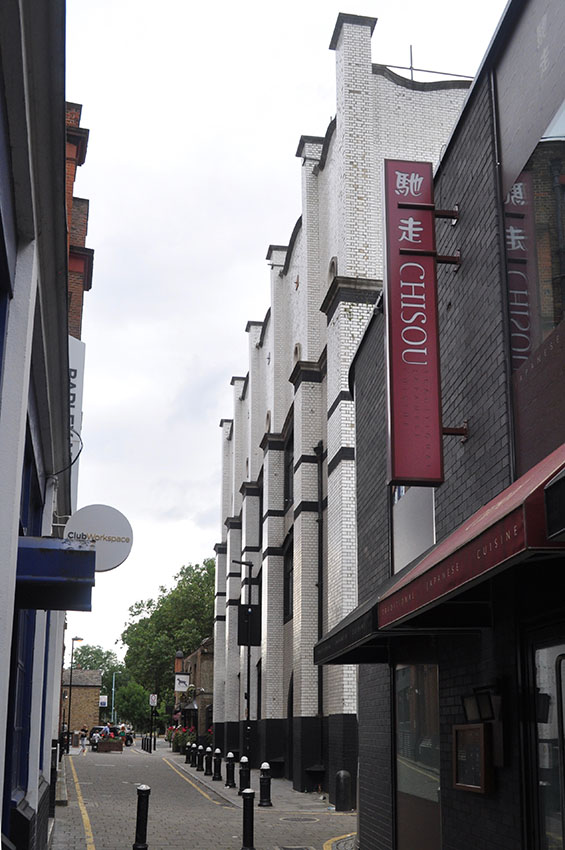 Voysey's only industrial building is intriguing. Of concrete construction, faced with white glazed bricks, it had generous metal framed windows, bold vertical piers and an undulating parapet. The overall impression is austere but not inelegant. There’s a jaunty rhythm made by the black string courses that wrap round the piers and follow the gentle curves over the windows. The portholes near the top add a distinctive note. The main entrance comes flanked by cast-iron quadrants in the corners designed to deter drinkers from the Barley Mow pub next door, relieving themselves on the tiled finishes. It is reported that in later life Voysey detested being included in the lineage of Modernism. His fastidious nature would not have been flattered by association with the geometric severities of Le Corbusier or Gropius. There is no evidence of Voysey having any influence on the development of Modernism. Though it must be conceded that his preference for clarity of form and avoidance of ornamentation had some affinity with Modernist sensibilities. 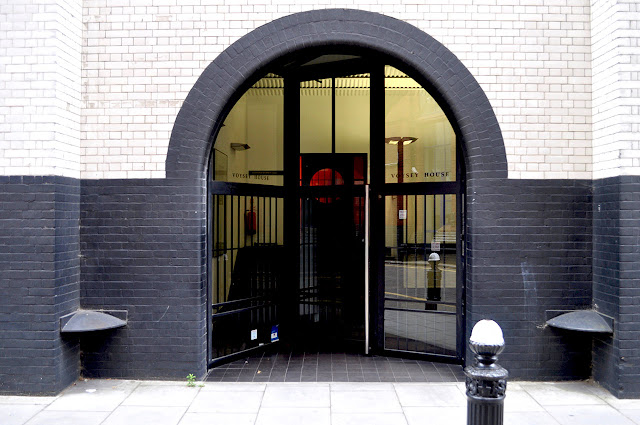 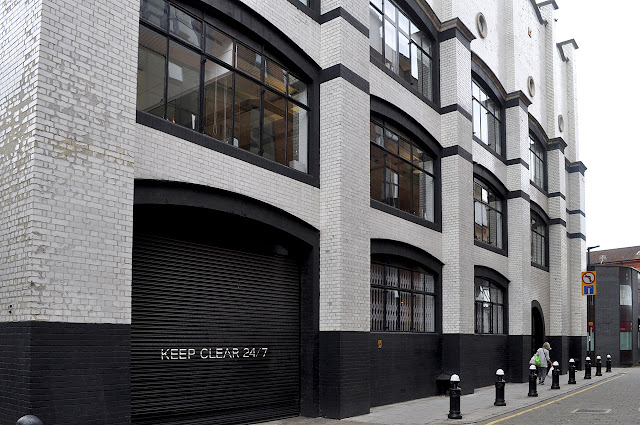 giaonhanquocte said...
This comment has been removed by a blog administrator.
13 January 2020 at 08:02