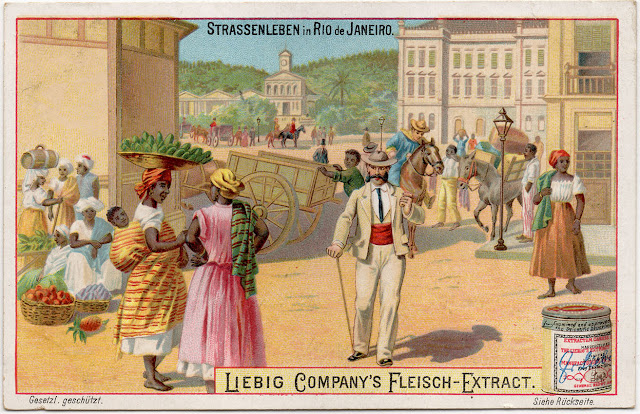 This is a chance to experience street-life around the world as beguilingly portrayed in 1901 by artists in the Liebig studio. For almost 30 years, since 1872, they had been picturing an ever expanding series of visual curiosities which were then reproduced by chromo-litho on to pocket-size collectors’ cards. The streets of 1901 appear remarkably well swept and animated by happy and prosperous citizens served by good humoured, industrious tradespeople – motor vehicles are nowhere to be seen. Most locations are bathed in warm sunshine except for St. Petersburg where horse-drawn sleighs charge through the snow and ice. Exotic national costumes and the presence of camels and elephants all add to the general air of wonderment. These cards were not designed for children – rather they were aimed at adults with an instinct for collecting and Liebig produced expensive looking albums in which the collector’s treasures could be displayed. 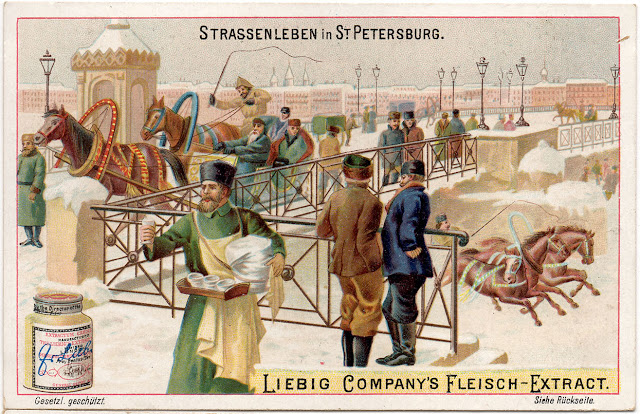 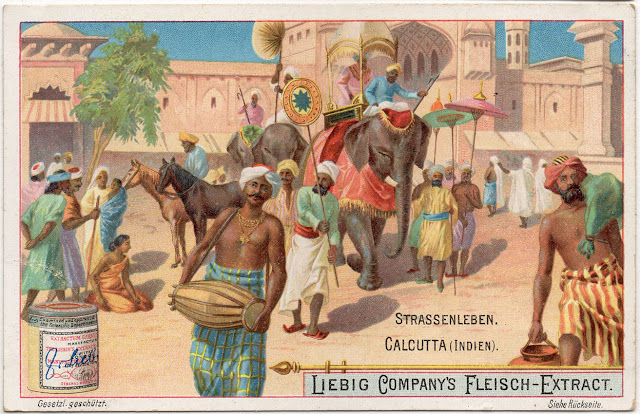 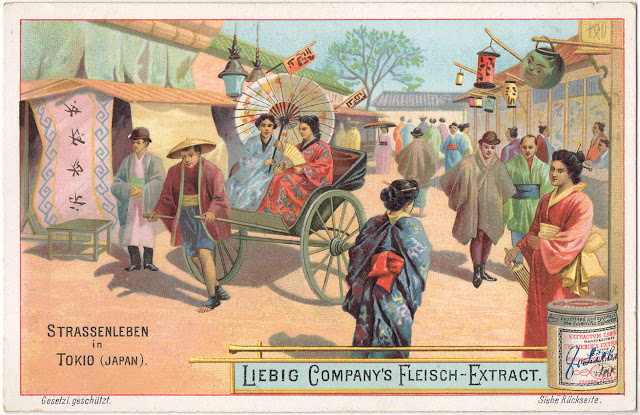 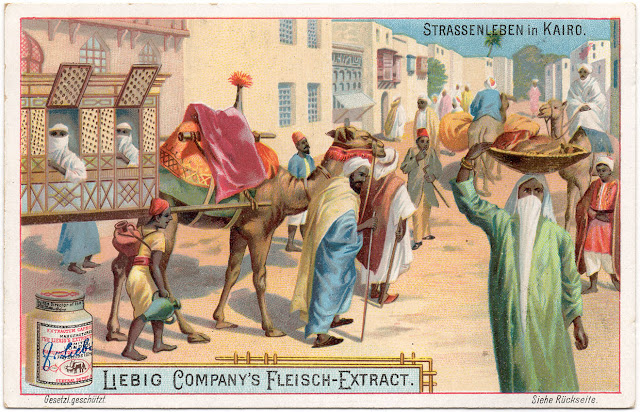 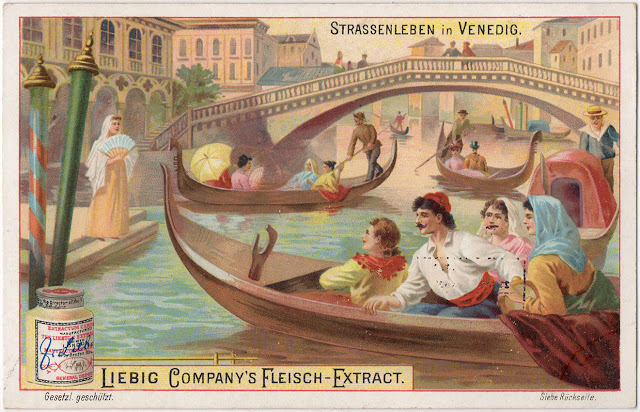